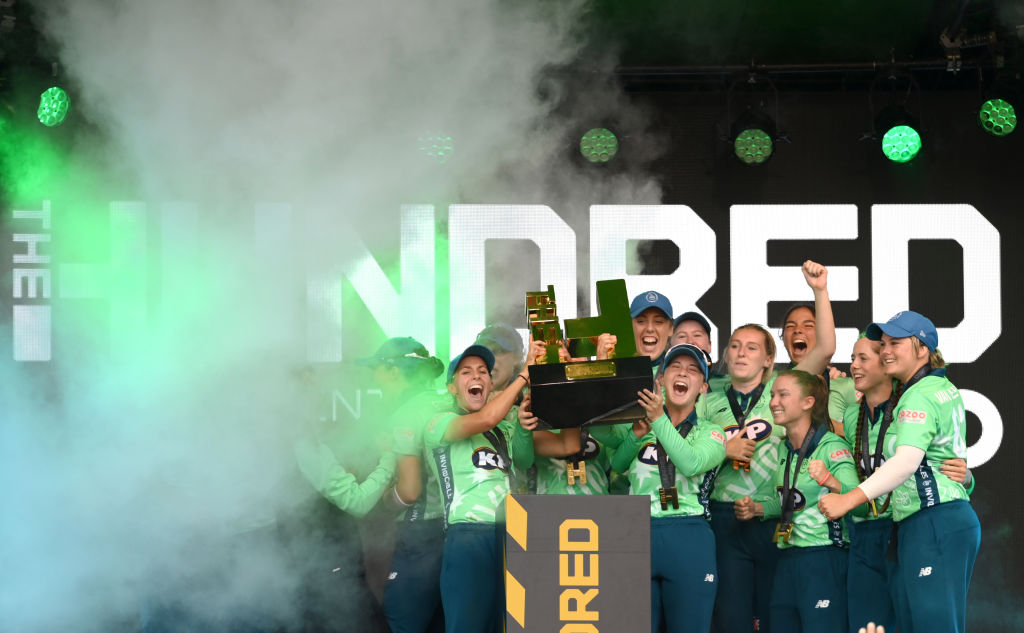 Oval Invincibles have been crowned the first women’s champions of The Hundred after Marizanne Kapp produced a brilliant performance to help the side thrash Southern Brave in a one-sided final at Lord’s.

Kapp then took three wickets in the first 10 balls of Brave’s innings as the group leaders slipped to 2-3.

That became 14-6 and 29-7 as Oval Invincibles blew Southern Brave away, eventually bowling former England captain Charlotte Edwards’ side out for 73.

Current England skipper Heather Knight, commentating on the final for the BBC, said: ‘It was almost the perfect performance by Oval Invincibles. Marizanne Kapp set the tone in the first 10 balls. I feel sorry for Southern Brave because they just didn’t turn up.

Manchester Originals star Alex Hartley added: ‘This is not how Southern Brave would have wanted to go about their cricket today.

‘The pressure of the occasion may have got too much for them. The Oval Invincibles, coming in with a bit of momentum, absolutely dominated today.’

Oval Invincibles finished second in the Hundred group table with four wins from their seven completed matches, before beating Birmingham Phoenix in the eliminator on Friday night to reach the final.

They appeared to be heading to defeat at one stage against Phoenix but they dominated the final against Brave throughout.

Oval Invincibles’ Capsey said: ‘I’m about to cry – I’m lost for words. You dream of getting here, but to win it, is a feeling that you don’t feel often.

‘My mum and dad are here – it’ll be nice to go and see them shortly. It has been incredible.

‘I thought we were 10-15 runs short at the halfway point, so I knew that we needed to get wickets, that is why I asked for the second slip.’