Kameko powered to victory in the Qipco 2000 Guineas at Newmarket, with red-hot favourite Pinatubo only third.

All the attention was on Charlie Appleby’s unbeaten Pinatubo after his brilliant two-year-old season, but the 5-6 market leader could not find an extra gear when it mattered after looking to have every chance.

Last seen winning the Vertem Futurity Trophy on his final start last season, the Andrew Balding-trained Kameko picked up where he left off in beating Aidan O’Brien’s Wichita with something in hand. 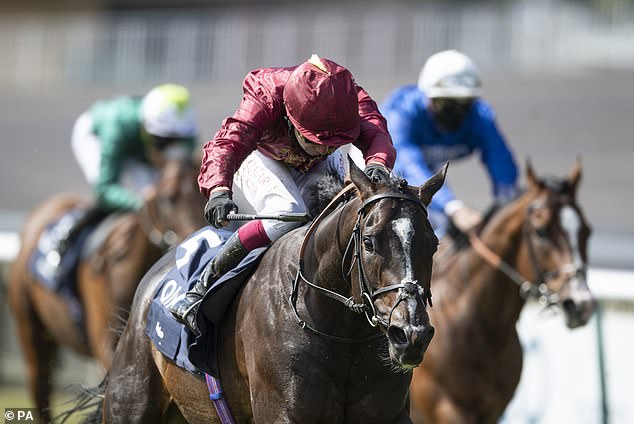 Kameko, was was priced at 10-1 before the race began, has now been installed as ante post favourite for next month’s Derby at Epsom.

The American bred’s run was the fastest ever record on the Newmarket course in the 2000 Guineas.

The win was jockey Oisin Murphy’s fifth in the last fourteen days.