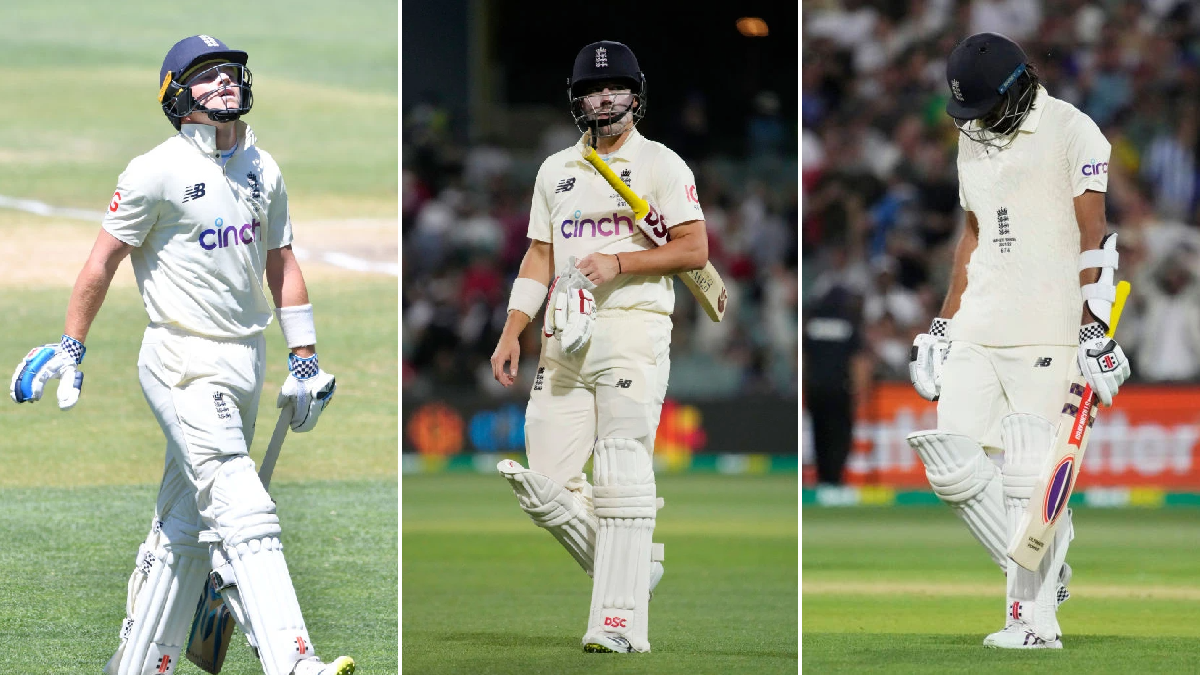 Ricky Ponting has highlighted the issues struggling batters Rory Burns, Haseeb Hameed and Ollie Pope have faced in the opening two Tests of the Ashes series vs Australia.

All three batters are at risk of losing their place for the third Test of the series in Melbourne after none of them reached a score of over 40 in the opening two matches.

Burns in-particular has struggled against the bounce and swing of the new ball, with his jittery technique looking rather ominous in Australian conditions.

Meanwhile, Hameed and Pope have looked good in spells, but both batters’ desire to feel bat on ball has meant they have struggled to stay at the crease for any length of time.

And former Australia captain Ponting has pinpointed why all three have struggled so much.

‘Rory Burns is a real fighter, he doesn’t rely on a solid technique, he’s got his own way of going about his batting,’ Ponting told Fox Sports.

‘I think he’s fighting some real demons against the ball that’s leaving him at the moment with Mitchell Starc’s angle in and getting the ball to go away, he bowled him around his legs at Brisbane, he got him with a good one caught at second slip in Adelaide.

‘Almost every occasion he’s tried to avoid him facing the first ball of the innings.

‘I think with Rory Burns, it seems like his feet are moving a lot more than he thinks they are, he’s getting so far across his stumps and locking his feet of that he’s finding it really hard to score runs on the off-side or down the ground.

‘If you look where his runs are coming from they’re all coming pretty square on the leg side and good bowlers aren’t going to give you that opportunity. I’d be surprised if he stayed in the team, he just looks all at sea. Even playing Nathan Lyon I’m not sure he’s got a really good game plan either.

‘Hameed, for an opening batter he doesn’t know what to play at and what to leave.

‘I think if you look at his dismissals so far this series, clearly been balls where if he’d been more decisive with his decision-making and footwork. Probably two dismissals and Brisbane and even the one in Adelaide, I know it was a really good ball from Richardson but he didn’t need to be playing at it, it was a back of a length ball, it was on about fifth or sixth stump. He didn’t need to have his bat anywhere near it.

‘He was playing a defensive shot, fine if you’re playing an attacking shot and looking to score, but when you’re looking to defend balls on fifth stump length, it’s just a recipe for disaster.

‘Pope just seems in a rush, he actually started really well on day five [in Adelaide] and it looked like he’d be in for a good day.

‘To be honest, I know he fought hard in Brisbane, but on wicket that has anything in it against good quality bowling, I think he’s going to struggle.’