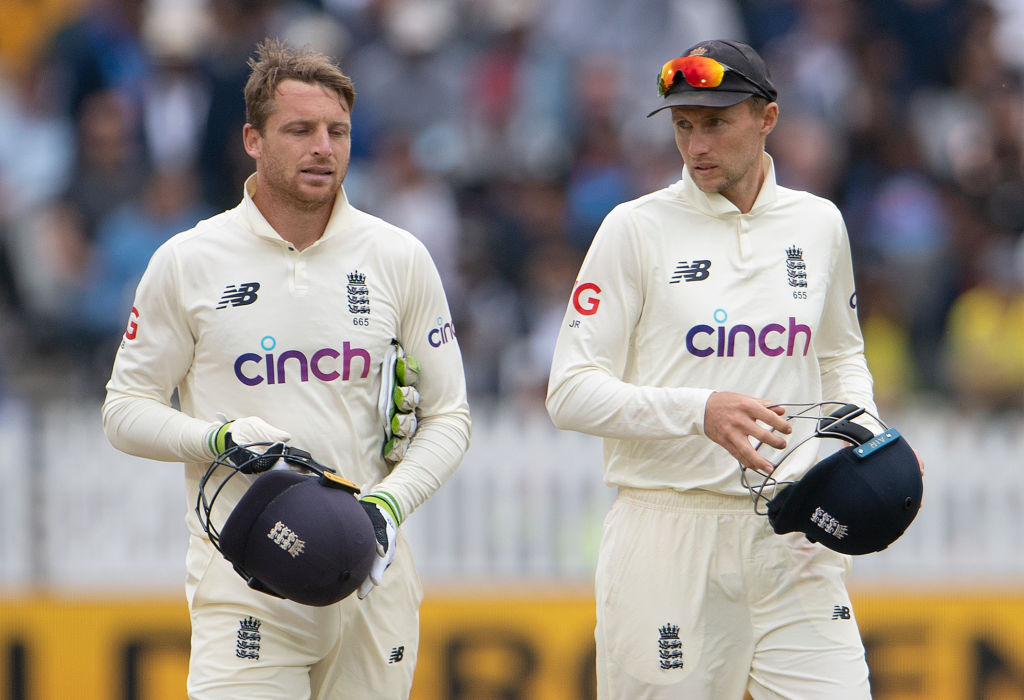 England captain Joe Root has confirmed Jos Buttler will take over the reins as wicket-keeper for the side’s fifth and final Test match versus India.

Buttler missed England’s thrilling 157-run defeat at the Kia Oval to be present with his wife, Louise, for the birth of their child and Jonny Bairstow wore the gloves in his place.

However, Root named Buttler in his latest 16-man squad for the Emirates Old Trafford Test – which begins this coming Friday – and it appears Bairstow will drop out again, with Ollie Pope strengthening his case for selection by scoring an impressive 81 in south London.

There had been some uncertainty over Buttler’s place given his poor form of late, but the England skipper was never in any doubt that his vice-captain would return to the fold in Manchester if available.

‘He’s the vice captain of this team. He is integral to what we’re about,’ Root told reporters on Wednesday when asked whether Buttler would keep wicket.

‘I know his output in terms of runs this series hasn’t been as high as he would have liked, or as we would like, but we know what a great player he is.

‘I think Jonny knew exactly what the scenario was when given the opportunity to keep last week.’

Jack Leach could represent England for the first time since March for the final Test, with the hosts looking to salvage a draw from the series.

Root underlined that Leach is an ‘option’ but Moeen Ali is likely to get the nod again if England opt for just one frontline spinner.

‘I’d say Moeen is our first spinner, yes,’ he added.

‘I’m sure Jack will be desperate to take an opportunity if granted one, but we’ve not seen the pitches.

‘We know what you can get sometimes here at Old Trafford, it can spin and that could be an option that we have to look at with two spinners.’

Root has been in the form of his life – notching up six of England’s seven Test centuries since the turn of the year – and the Yorkshire batsman hopes his heroics are ‘infectious’ for the group going forward.

‘You’ve got to take that upon yourself, it comes from within the individual. You’ve got to get greedy,’ he went on.

‘We’ve spoken about this a bit as a side – can you be the one to go and make that big score and really put us in a position of strength?

‘What I’ve managed to do well so far this year is I know where I want to score my runs, I know where my big strengths are and I just back them completely.

‘I trust in my decision-making under pressure and, when I’ve got in, I’ve felt like I’ve had that mindset that it’s going to take something very special to get me out.

‘Hopefully, that can be infectious and feature in the rest of the batting group. It just takes that one person to go and do it.

‘It can very quickly spread like wildfire to the rest of the group.’