England were left to rue several poor fielding errors and a flat pitch for India’s wresting control of the Fourth Test at the Oval on day four.

A massive second innings total of 466 thanks to several Indian lower-order batters meant England were under pressure as they closed on 77 for no loss, with a huge target of 368 to chase for an epic victory.

Here, Sportsmail‘s LAWRENCE BOOTH looks at the main takeaways from a captivating fourth day that has left all three finishes – India win, England win or draw – on the table ahead of the final day’s play. 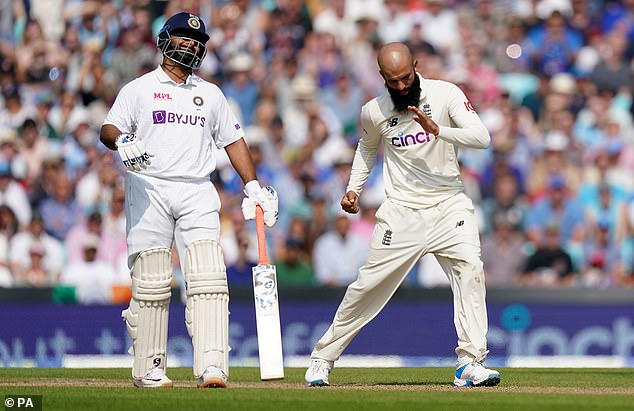 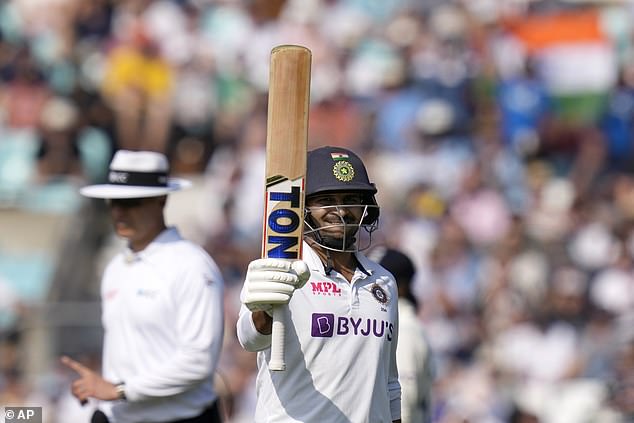 When Moeen Ali had Virat Kohli caught at slip for 44, he moved clear of fellow off-spinner Jim Laker’s Test tally of 193 wickets — though Laker’s came at an average of 21 to Ali’s 36. Only two England spinners have now taken more than Ali: Derek Underwood (297) and Graeme Swann (255).

Shardul Thakur became only the ninth player to make two scores of 50 or more in the same Test from No 8 or below – and the fourth Indian, after Wriddhiman Saha, Bhuvneshwar Kumar and Harbhajan Singh. The only Englishman to perform the feat is wicketkeeper Alan Knott, who made 92 and 63 against Australia at The Oval in 1972. 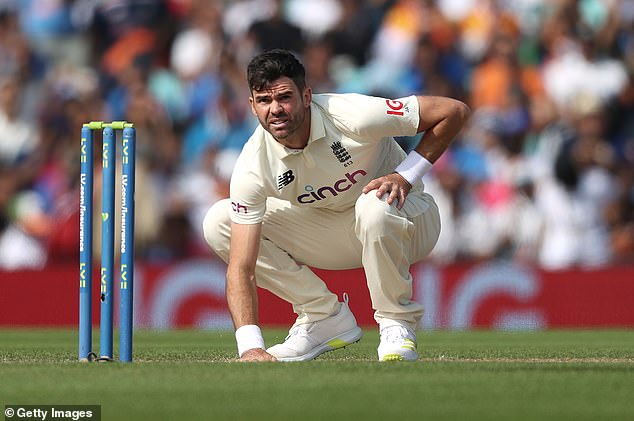 India have only made one higher third-innings total in England than the 466 they ended up with here. Back in 1967, they made 510 following on at Headingley, only to lose by six wickets.

James Anderson sent down 33 overs in the innings, more than in any Test innings since he bowled 34 against Australia at Sydney in January 2018.