Tymal Mills and co stepped to the fore as an amalgamation of England’s fringe XI propelled Southern Brave past the misfiring Trent Rockets by seven wickets in Friday’s men’s Hundred eliminator.

Mills marched in with breakneck speeds around the 90mph mark to share seven wickets with the international pedigree of Craig Overton, Chris Jordan and George Garton and blow away a timid Rockets line-up. Mills’ three wickets came for an inexplicable eight runs.

James Vince picked up the mantle alongside Paul Stirling with the bat — the Englishman looking in particularly fine touch in a well-crafted 45— to smash his side home with 32 balls left. 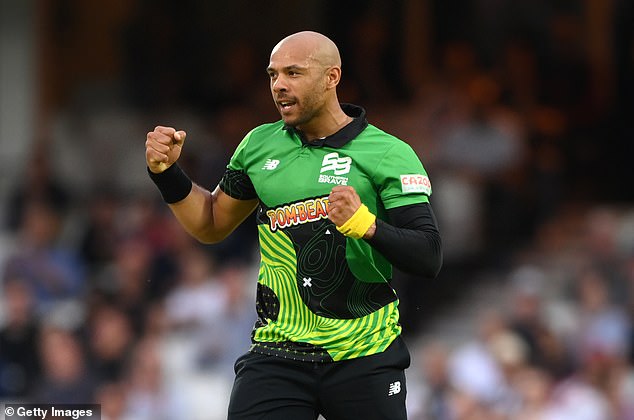 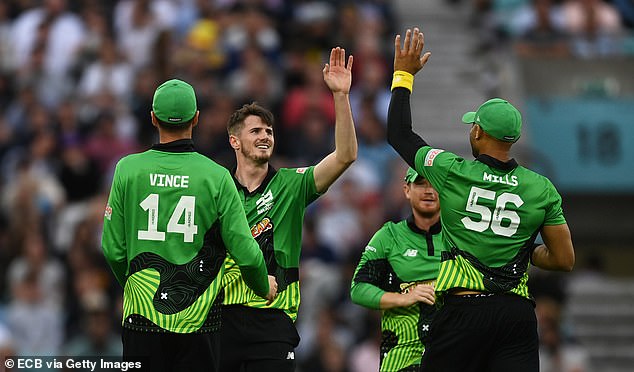 Southern Brave, an amalgamation of England’s fringe XI, had too much for Trent Rockets

It amounted to bullying on the cricket field and spells an enticing encounter between Brave and Birmingham Phoenix in the final at Lord’s on Saturday night.

Man of the match Garton, who took three wickets for 18 runs, was particularly relieved after a rocky summer. He said: ‘There was some really high and low moments having got my first England call-up (in June) and then had to go home due to Covid.

‘It was about recovering from that and hitting the ground running.’

Rockets were sent in to bat as England reject Alex Hales opened with the rejuvenated Dawid Malan — the latter having transformed himself as the world’s No1 Twenty20 batsman and now in next week’s third Test squad against India — and they looked to propel the Rockets to fast a start.

Though it was neither of these two international players that drew initial impetus, but paceman Garton as he had both Hales and Malan nicking off to wicketkeeper Quinton de Kock.

After Samit Patel and Tom Moores departed for 20 and 19 respectively, the wickets kept tumbling like no tomorrow as the pacey international outfit of Mills, Overton and Jordan sensed blood. 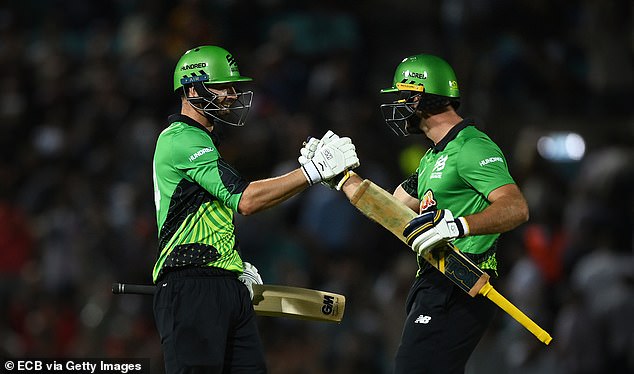 A daunting outfit these bowlers maybe, the Rockets appeared bereft of idea on their approach to a tricky Oval wicket in a dismal 96 all out with nine balls to spare.

Brave were living up to their team name in the run chase with Irish opener Sterling bludgeoning the ball to both sides of the crease before captain De Kock perished from a top edge in a huge heaved attempt.

Despite the early wicket, Vince mixed power with class to steer his side home to tonight’s showpiece event.

Earlier, a captivating four-wicket bowling display from Oval Invincibles’ Tash Farrant saw her side bowl out Birmingham Phoenix and ease to a 20-run victory in the women’s Hundred eliminator.

The Invincibles posted a below-par 114 with seven dismissals on a difficult Oval surface. Chasing, captain Amy Jones looked to be steering her Phoenix side home before the Greek-born Farrant dismissed the wicketkeeper for 35 as the last five batters perished for 14 runs between them.