View from the Boundary: Daniel Radcliffe, John Cleese and Lily Allen among guests 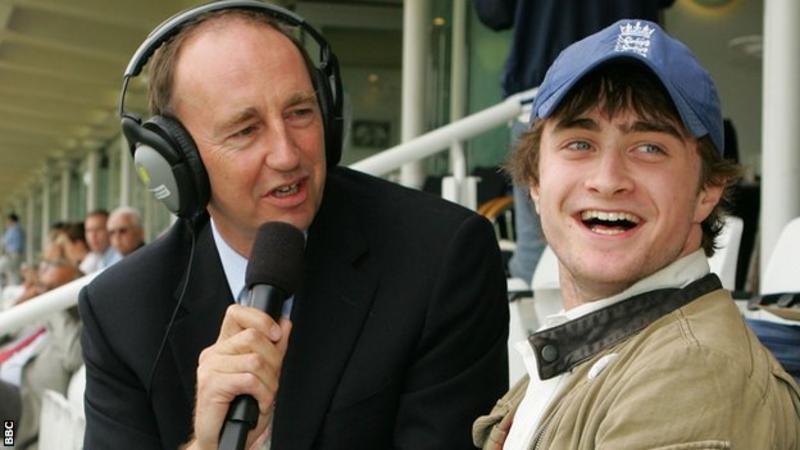 This summer marks 40 years since the View from the Boundary feature began on Test Match Special, and to mark the anniversary we’ve been going through the archives to find some classic episodes for you to enjoy.

My predecessor as TMS producer, Peter Baxter, came up with the idea of inviting famous cricket fans onto the programme during lunch breaks back in 1980.

It was after hearing an interview with playwright Ben Travers who regaled incredible stories of watching WG Grace bat and sharing a bath with former England captain Percy Fender on an Ashes tour.

Since then, we’ve had more than 250 guests talk about their passion for the game, including Prime Ministers, archbishops, human rights campaigners and police chiefs, plus the likes of Sir Elton John, Lily Allen, John Cleese and Mick Jagger from the world of entertainment.

It’s never dull in the TMS box and I want to share with you anecdotes from some of my favourite interviews.

So sit back, grab a slice of cake, and enjoy a little stroll down memory lane… 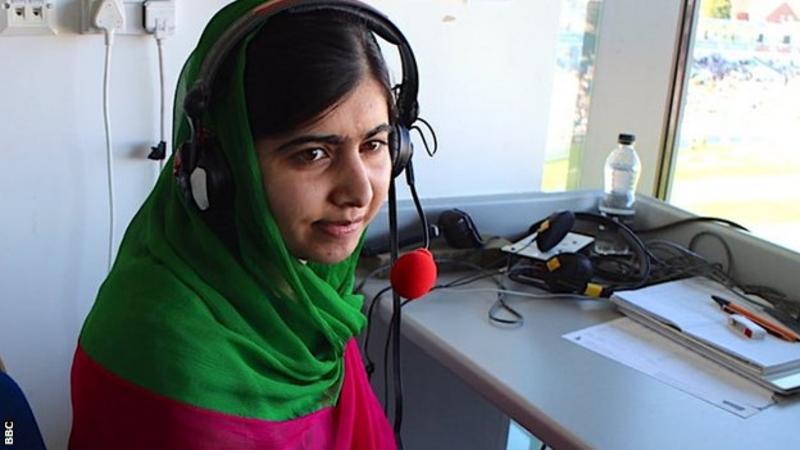 I often reflect that I have the best job in broadcasting. I am paid to watch my number one sport from the best seat in the house, while listening to my favourite radio programme with an almost constant supply of cake.

As if that isn’t enough for a lifelong cricket fan, I also get to meet some incredible people.

Perhaps the most memorable for me was Malala Yousafzai, who survived being shot in the head to become an activist for female education and the youngest to win the Nobel Prize laureate.

We are able to advertise most of our guests in advance but with Yousafzai, we were sworn to secrecy because she still receives protection.

Several security staff descended on the commentary box at Edgbaston to make sure all was well before her fascinating chat with commentator Simon Mann in 2016, when she talked of her love of cricket – a sport, she said, “brings cultures and countries closer together”.

You can listen to this inspiring interview here.

One of the many things I love about the View from the Boundary feature is how it celebrates people from all ages and backgrounds who are united by a love of cricket.

The tradition is for one per Test, but in my first five-day match as full-time TMS producer in 2007 – England versus India at Lord’s – we actually had guests from both ends of the age spectrum.

The late Nicholas Parsons, who was 86 at the time, was our guest on the Saturday while Harry Potter star Daniel Radcliffe joined us on what was his 18th birthday 48 hours later.

We got a tip-off that the actor was watching in the crowd trying to remain anonymous but we somehow tracked him down. We discovered Radcliffe had earlier queued to get the autograph of the then-England captain Andrew Strauss.

What was funny was that Strauss had heard we were getting Radcliffe on TMS and had asked us to get the actor’s autograph for his Potter-obsessed kids! 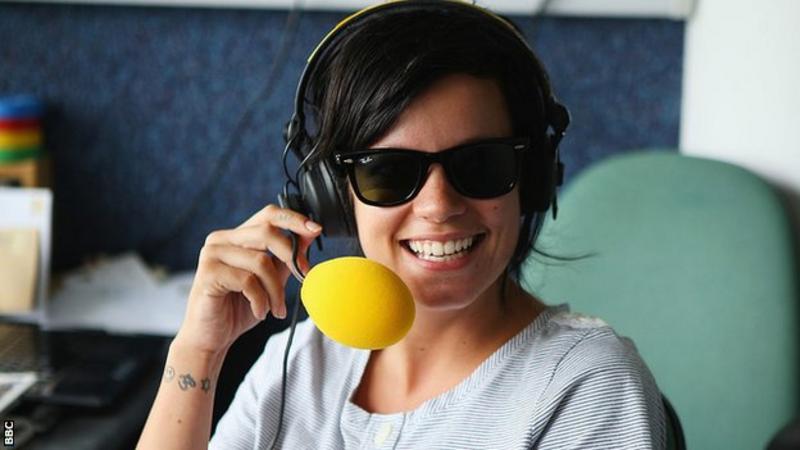 Singer-songwriter Lily Allen was a guest who caused quite a stir in 2009, with many surprised about her love of cricket.

What many don’t know is that she drove from a gig in the Netherlands especially for the interview, revealing to us how her technicians welded a mobile phone to some speakers so she could listen to TMS on the drive over.

We use a variety of methods to entice our interviewees onto the programme and Lily was the first we secured via Twitter.

I remember how keen she was to make a good impression that day, arriving with a pad full of notes.

She passed with flying colours!

Listen to this memorable interview here.

We’ve welcomed some musical royalty onto TMS during the past 40 years, including the likes of Mick Jagger, Bill Wyman and Brian May.

Sir Elton John was interviewed by Jonathan Agnew in 2006. We normally insist on the ‘View’ being a live interview at the ground, but we’ve made a few exceptions – and Sir Elton was one of the people we were more than happy to bend the rules for.

The singer-songwriter spoke to Aggers, sitting on his piano stool, after performing at a benefit concert for Andrew Flintoff and amazed Aggers with his encyclopaedic knowledge of the game as well as stories of playing in a Lord’s charity match with his hair dyed green.

Sir Elton also revealed he followed the incredible climax to the Edgbaston Test in 2005 on the phone to another knight of the realm, actor Sir Michael Caine, because both men were too racked with nerves to watch England’s eventual two-run win over Australia.

Obviously Steve Harmison and Geraint Jones had it all under control…

The Duke of Edinburgh 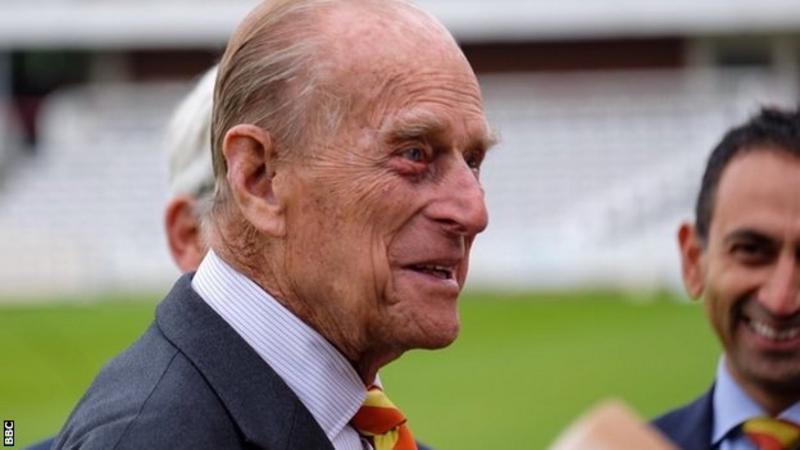 In August 1987, the Duke of Edinburgh spoke to the late Brian Johnston to help mark the bicentenary of the MCC, of which he had twice been president.

Johnners was normally very relaxed as an interviewer, but I’m told he was a nervous wreck when he arrived at Buckingham Palace to talk to the Duke.

All became relaxed, however, when the duke was describing his failed attempts at bowling a googly.

We have been close to some other Royal names appearing on the programme. We are told that the Duchess of Cornwall is keen to be a future guest and she sent an amazing cake to us during last year’s men’s World Cup final at Lord’s. 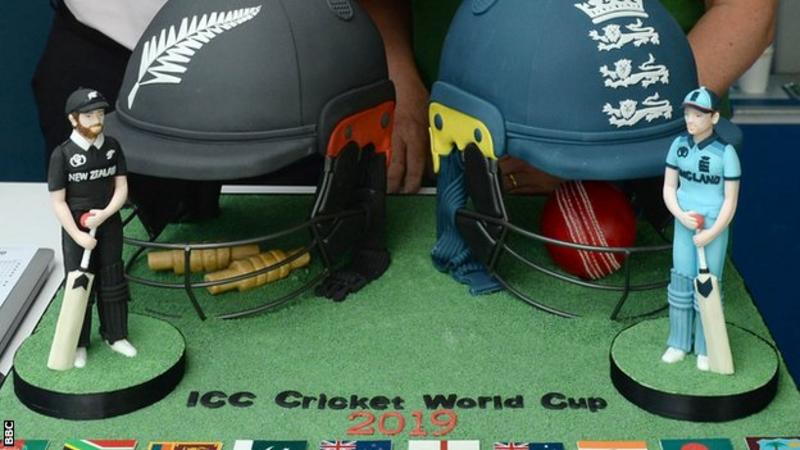 Actors are probably the most frequent victims on View from the Boundary with many telling us how they spend days at the cricket learning their lines.

We’ve had the likes of Hugh Grant, Toby Jones, Jim Carter, Ruth Wilson and Peter O’Toole on the programme.

Back in 1986, comic actor and writer John Cleese was interviewed by Brian Johnston in Leeds.

Like many of our guests, Cleese arrived early not wanting to miss a ball and somehow crunched his 1.96m frame into our cramped old commentary box at Headingley to follow the action with us.

He admitted in the interview that the cricket commentator portrayed in Monty Python was based on Johnners himself.

Johnners, as you can imagine, was thrilled.

The ones who have got away… for now!

We are unbelievably fortunate the vast majority of people we ask to join us say yes and we are often approached by guests desperate to come on.

There are some names, however, we are still trying to entice – the likes of pop star Ed Sheeran, actors Benedict Cumberbatch and Jude Law are very much on our radar and Aggers is desperate to speak to ex-Manchester United manager Sir Alex Ferguson.

Most of our interviews are set up well in advance, but occasionally we ask people who we discover by chance at the cricket.

We found Homeland actor Damian Lewis queuing up for a coffee round the back of the Edrich Stand at Lord’s, while we ran into former England goalkeeper Joe Hart by chance at Old Trafford and then had to somehow sneak him through the crowds and into the commentary box.

Believe me, that’s not easy with a 6ft 5in blonde goalkeeper.

Very occasionally we get a guest at the last minute who we don’t have time to brief the whole team about.

When we landed rock star Alice Cooper in 2012, I hadn’t had time to tell Geoffrey Boycott about the interval’s special guest.

When Aggers revealed that Alice was about to come on a few minutes later, Boycott turned round and shook the hand of Cooper’s wife – exclaiming that he couldn’t wait to hear from her!

I hope you’ve enjoyed reading my memories. Feel free to share your memories of View from the Boundary in the comments section below.

The interviews which I’ve spoken about and haven’t included a link for will appear on the BBC Sport website and on the TMS podcast stream over the next few weeks.