Alexander Zverev has unleashed his latest outburst at the French Open, this time about a time violation. The German star has been involved in time-related controversy in both his matches at the Grand Slam so far this year.

Zverev exchanged unpleasantries with the match umpire before his first-round showcase against Oscar Otte.

He was deemed late for the coin toss, and when the issue was pointed out to him, he aimed a rant at the umpire.

The No 6 seed proposed that he should accept fines for lateness and move on, tributing Naomi Osaka’s stand against media duties.

Osaka announced prior to the tournament that she wasn’t planning to speak to the press due to the impact on her mental health.

After she was warned with fines, the Japanese star withdrew from the French Open for her own wellbeing. 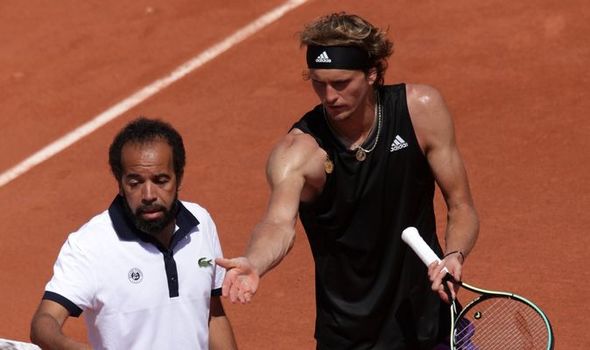 Zverev name-dropped Osaka for her strong stance whilst claiming that he can be fined for every time he’s late to the court.

This time around, Zverev and his opponent, Roman Safiullin, were both hit with time violations for not being ready to commence in time.

Ahead of the opening match on Court Suzanne-Lenglen, Zverev cut out the light-hearted response and made his displeasure known.

The server is traditionally expected to dictate the pace of the match, and Safiullin had the balls in his hand at the time.

With that said, Zverev felt aggrieved as he clearly believed he wasn’t the one holding proceedings up.

On commentary, Eurosport’s Chris Bradnam stated that it was a rightful violation for both competitors as they weren’t ready to start. 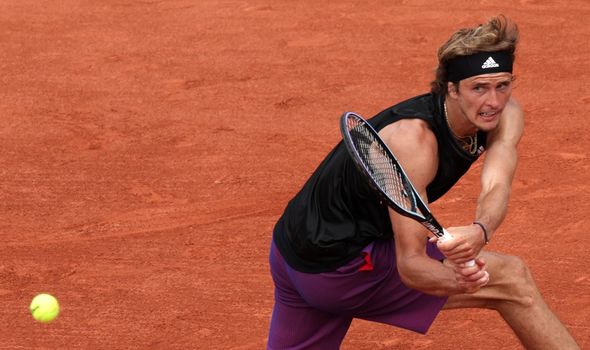 “They were both starting, so it’s a code violation for both players because they were not ready to start within one minute,” Bradnam explained.

“He was saying, Zverev, that he was at the baseline and ready to play. Why are you giving me a warning? I’m not serving, is what he means.”

Croft said: “It’s kind of quite brave to give him a code violation at that particular moment, isn’t it.”