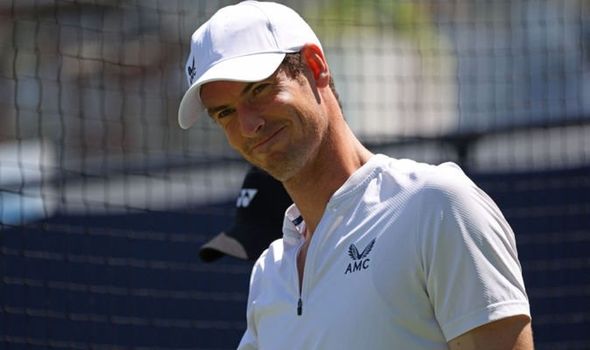 Andy Murray has warned he does not know if his body will hold up before his latest comeback this week. But the former world No.1 insisted he has no plans to retire and still loves playing tennis.

The double Wimbledon champion has played only three matches this season after contracting COVID-19 and then suffering a groin injury.

The Scot, who has undergone two hip surgeries, will play his first grass-court match for two years against Benoit Paire at the cinch Championships at Queen’s Club on Tuesday.

But the world No.124 said: “I feel OK, I don’t feel perfect. I have been practising well over the last month or so. Pretty consistently I have been training at Wimbledon.

“I came in here the last couple of days and had some good practices. The question mark is obviously over whether the body holds up. And I can’t say with any great certainty whether that is going to happen or not.

“I have been feeling good at different points over the last nine months, practised really well and felt good going into tournaments and something has happened. 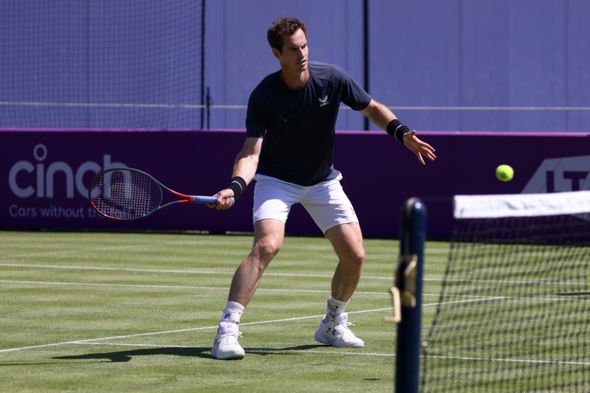 “Like whatever happened in Miami. I can’t say with any great certainty that it is going to be ok. I hope I will be, because I’m sure and I have seen enough again in practice that my tennis is fine and in a good place, but, you know, physically I need to hold up under playing matches.”

Murray feared his career was over at the 2019 Australian Open but he returned to win a title that year before playing only seven matches in 2020.

The Scot, 34, will hope to get wildcards to Wimbledon and the Olympics later this summer.

But the Olympic champion said: “My priority is that I’m healthy. My focus is on that. Because I know I can still play high-level tennis. I’m convinced of that. But if the body is not right, I’m not able to do that.

“So if I can get through these matches and feel physically well, I’m sure that I’ll win tennis matches and, yeah, and do things that are maybe slightly not unexpected.

“I don’t know exactly what everyone is expecting of me, but, you know, judging by what you can see on social media, a lot of people don’t think that I can play and compete at this level anymore.

“So I don’t know what the expectations should be, I have said at the beginning I don’t want to promise anything in terms of that respect, because I don’t even know myself exactly.

“Let’s wait and see what happens, but my goal and priority is to be healthy.”

Murray added: “The reason why I’m still playing is because I love playing tennis. I spoke to a number of my ex-coaches who were players and played at high level.

Andy Murray tests positive for coronavirus ahead of tournament

“I asked them about like when they finished playing or what it was like at the end of their careers and stuff.

“Unanimously they were all, like: ‘Look, it was extremely difficult to stop playing, and our advice would be to play as long as you can, so long as you are still enjoying it, you know, and providing your body can still do it. Which maybe there are question marks over mine in that respect. But they were like: ‘Nothing replaces it. It’s difficult to replace being out there and competing on a tennis court and playing sport at the highest level.

“I want to keep playing as long as I can. I know that I can still compete with the best players in the world. I have been doing it consistently in practice, you know, over these last sort of six months, seven months, and certainly on the grass I don’t see why not.

“My level is still good. It’s just I need my body to hold up, and it’s been extremely frustrating for me with all the different issues.

“I want to keep trying and still have the desire to go out there and compete and to train every day to try and improve and give myself a chance to keep going. Yeah, create more memories on the court and get more wins.”