Five-time Australian Open runner-up Andy Murray has tested positive for COVID-19, a Scottish TV broadcaster said on Thursday, adding that he is still in good health.

The Scottish broadcaster said Murray was self-isolating and still had hopes of competing in the Australian Open next month. 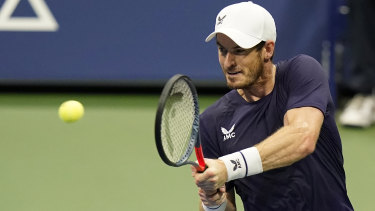 However the timing of Murray's situation is awkward as a group of more than 1200 tennis players and officials are currently taking chartered planes to Australia before they embark on a mandatory two-week period of hotel quarantine.

Murray had received a wildcard from Australian Open organisers to participate in this year's event, delayed by three weeks and starting at Melbourne Park on February 8.

Murray is a former world No.1 and three-times major champion who has slipped in the rankings in recent years following hip surgery.

After getting the wildcard, Murray pulled out of last week's season-opening event in Florida, putting concerns about contracting COVID-19 ahead of getting more tournament time in before the Australian Open.

"After much deliberation with my team, I've decided not to travel to play at Delray Beach," Murray said at the start of the month. "Given the increase in COVID rates and the transatlantic flights involved, I want to minimise the risks ahead of the Australian Open.

"I'm really thankful for the understanding of the tournament and I look forward to playing there soon."

The world's leading players and biggest names, including Novak Djokovic, Rafael Nadal, Dominic Thiem and American Serena Williams are travelling to Adelaide where they will quarantine for 14 days in an 'exclusive' bubble before travelling to Melbourne.

Some other players have already pulled out of the Open due to the quarantine requirements. Roger Federer will the most notable absentee, after declaring he hadn't fully recovered from knee surgery.