Australian Open: Cameron Norrie to face Rafael Nadal in third round in their first career meeting 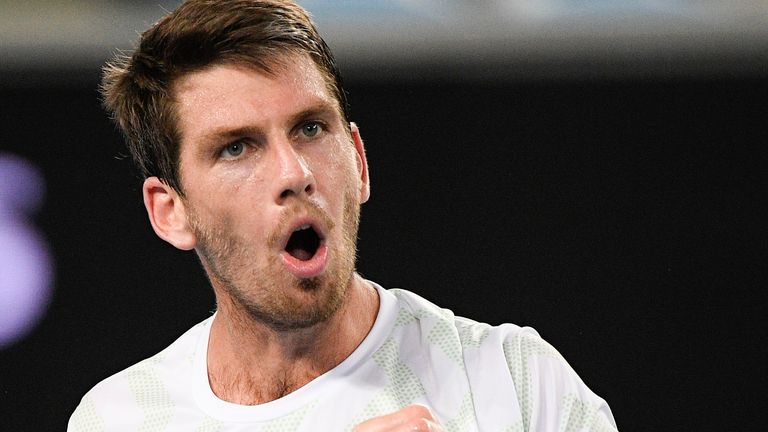 Cameron Norrie remains Britain’s sole singles representative at the Australian Open after he came through a rain delay and a change of court to make it through to the third round and a date with Rafael Nadal on Saturday.

Norrie matched his best Grand Slam performance by seeing off qualifier Roman Safiullin 3-6 7-5 6-3 7-6 (7-3) in a rain-delayed match which finished shortly before midnight.

The British No 3, who reached the third round of the US Open last year, has been in fine form already this year having reached the semi-finals at Delray Beach before putting out Dan Evans in a Battle of the Brits first-round clash in Melbourne on Tuesday.

After taking a two sets to one lead on Court 8, play was suspended due to rain. They resumed a little while later under the roof of Margaret Court Arena once the scheduled matches on the showcourt were completed and Norrie managed to complete the job over the world No 183.

He will take on Rafael Nadal next after the Spanish second seed marched through with a convincing 6-1 6-4 6-2 win against American qualifier Michael Mmoh.

In a tight fourth set Norrie failed to convert nine break points but was successful at the 10th attempt, only for Safiullin to break straight back.

But Norrie convincingly won the tie-break to book a first showdown with the 20-time Grand Slam champion.

Norrie hopes the mid-match switch to the showcourt will help him against Nadal.

He said on court: “I definitely used the crowd. Keep drinking those tins up there guys. I think we both raised our level and I’m happy to get through. I’m playing Rafa next so it’s nice to get used to one of these courts.

“I’ve never played him before so it will be a great experience for me.”

After Johanna Konta and Francesca Jones had fallen at the first hurdle, it was left to Watson to fly the flag but, despite winning the first set, she succumbed 6-7 (5-7) 6-4 6-3 to 21st seed Anett Kontaveit.

It was a battling display by Watson, though, whose participation in the tournament will always be remembered for her gruelling 15-day hard lockdown in a Melbourne hotel after arriving into Australia on a plane where another passenger had coronavirus.

The 28-year-old occupied herself in quarantine by running a 5k in her hotel room and she had to put in some more hard yards as Kontaveit surged into a 4-1 lead in the opening set.

But Watson, ranked 60 in the world, began to find her range and a number of impressive winners saw her win five of the next seven games to take it to a tie-break, where she again rallied from 2-5 to take it 7-5.

An exchange of breaks saw the second set finely poised at 4-4 before the Estonian pounced, winning the final two games to claim the set and send it to a decider.

Kontaveit, who reached the quarter-finals of this tournament last year, sensed blood and rattled through the final set, reeling off five successive games to book her place in the third round as Watson’s campaign ended. 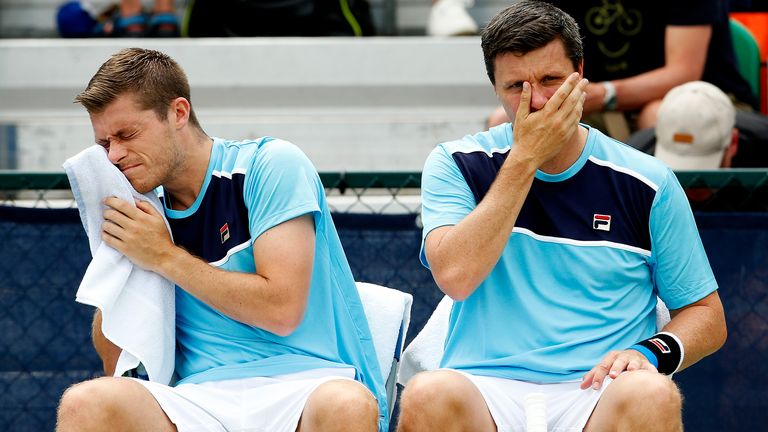 In the men’s doubles, British brothers Ken and Neal Skupski defeated the paring of Hubert Hurkacz and Felix Auger Aliassime 6-3 6-2 in the first round, while fifth seeds Joe Salisbury and Rajeev Ram beat Jonny O’Mara and Artem Sitak 6-4 6-4.