Australian Open: Rafael Nadal through to quarter-finals alongside Daniil Medvedev 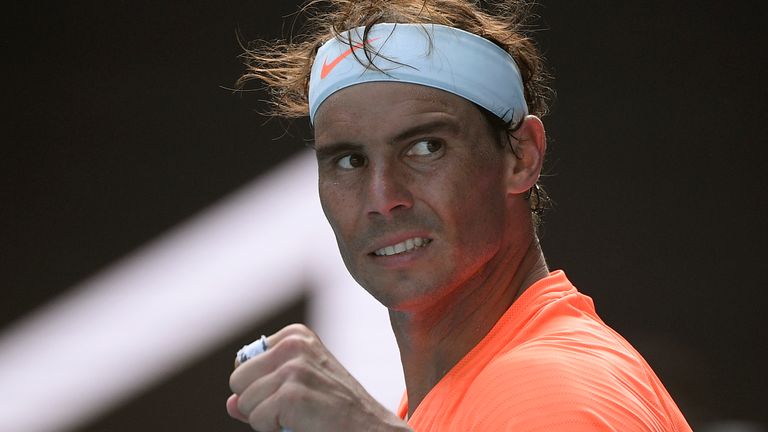 Rafael Nadal stayed on course for a record-breaking 21st Grand Slam title after sweeping aside Fabio Fognini to reach his 13th Australian Open quarter-final on Monday.

Nadal came into the tournament with a back injury but declared after his third-round win over Cameron Norrie that it had finally started to improve.

We think @RafaelNadal is getting used to this now 😅 pic.twitter.com/iOjcxP1vmy

He has now reached the last eight without dropping a set.

Fognini, who came from two sets down to beat Nadal at the US Open in 2015, led by a break in the second set but lacked the discipline to really challenge the second seed, who eased to a 6-3 6-4 6-2 victory. Daniil Medvedev brushed aside Mackenzie McDonald 6-4 6-2 6-3 to reach the quarter-finals for the first time and extend his winning streak to 18 matches.

The fourth-seeded Russian needed just one hour and 29 minutes to progress, ending McDonald’s remarkable run less than two years after a career-threatening hamstring injury, and set up a last-eight meeting with his compatriot and good friend Andrey Rublev.

Medvedev said in his on-court interview: “It was a great match – I was hitting the ball great, I was serving great and I finished in one-thirty which is important because in the late stages of a Grand Slam you want to make fast matches.” 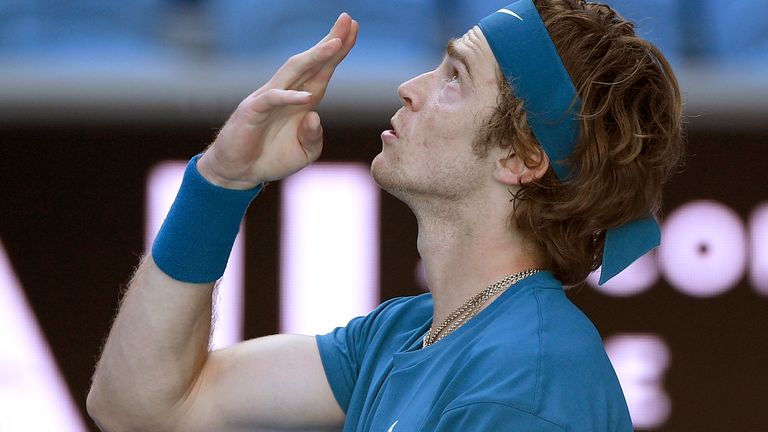 Medvedev’s winning streak includes victories over Novak Djokovic, Rafa Nadal, Dominic Thiem and Alexander Zverev, and titles at the ATP Finals, Paris Masters and most recently the ATP Cup as a mainstay of the Russian team.

Rublev, the seventh seed, cruised through the first set against Norway’s Casper Ruud but was made to fight for the second, in which Ruud served for the set at 5-3.

However with Rublev leading 6-2 7-6 (7-3), Ruud, who had briefly received treatment midway through the second set, abruptly announced his retirement from the match.

A third Russian, qualifier Aslan Karatsev will play Grigor Dimitrov for a place in the last four on Tuesday.