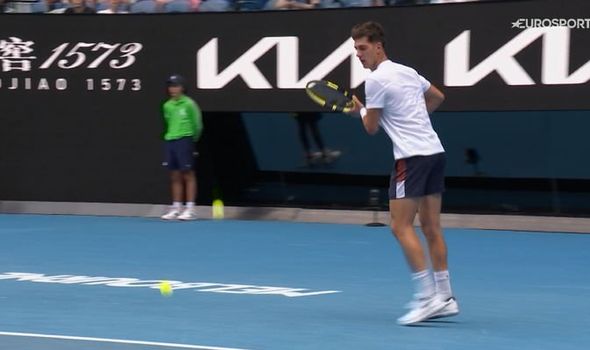 Thanasi Kokkinakis and Stefanos Tsitsipas were involved in a strange Australian Open incident on day four during the third set of their second round clash. Kokkinakis was level on sets but 3-1 down and facing three break points when Tsitsipas hit a forehand long.

However, just before the Greek star’s effort bounced, a rogue ball fell out of Kokkinakis’ pocket.

The umpire had already called for the point to be retaken, much to the frustration of Kokkinakis.

Instead of progressing to facing two break points, he had to serve again love-40 behind to avoid a double break.

If the ball does not interfere with play then the umpire can allow the match to continue.

That means Kokkinakis could have won the point he was on the verge of earning.

Watch the Australian Open live on Eurosport and Eurosport Player

But because the official had already spotted the ball falling out of the world No 267’s shorts, he made the call.

Tsitsipas went on to break and took the third set 6-1.

But Kokkinakis bounced back in a brutal fourth set tiebreak to take the match to a decider.

It was then that Tsitsipas’ quality as the fifth seed shone through and he let out an almighty roar when he won the decider 6-4.

After the match Tsitsipas hailed his opponent who impressed his home supporters.

“He is a great compeittior and a great fighter,” Tsitsipas said. “It was very difficult for me.

“He is a talent and has huge potential. He just needs to take advantage of it and make the best out of his career. He has all the weapons from the baseline.

“I am really happy to be out here showing the world some high quality tennis.” 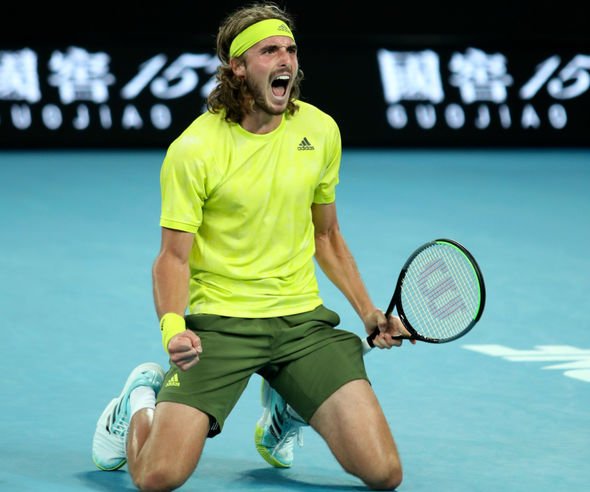 He added: “I just want to go back to Thanasi, he has been injured over the last year and I am very happy to see him back competing at a very high level.”

Tsitsipas will face world No 95 Mikael Ymer in the third round later this week.