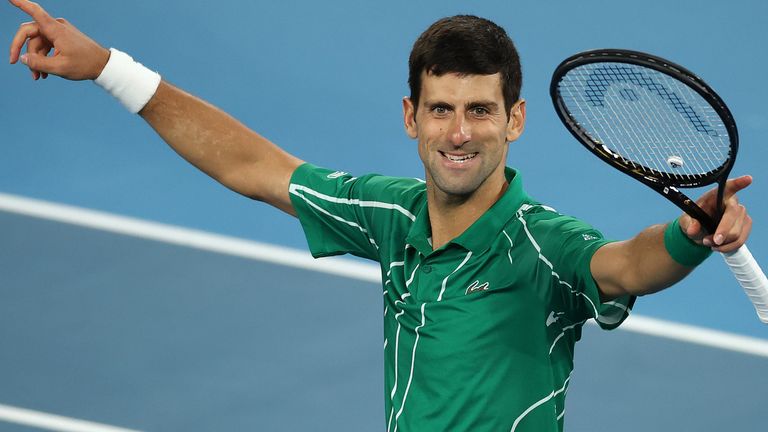 Novak Djokovic hopes leading tennis stars will contribute to a fund with the aim of raising up to £3.6m to help lower-ranked players while the sport remains suspended.

Djokovic has already been in touch with fellow ATP Player Council members Roger Federer and Rafa Nadal to discuss the financial struggles players are facing during the coronavirus-related shutdown.

Professional tennis has been suspended since March and there are concerns in particular about players ranked outside the top 100.

The sport’s stakeholders – the ATP, WTA, ITF and the organisers of the four Grand Slams – have already been in talks to devise plans to provide some assistance and Djokovic hopes top-ranked players will also contribute.

“I spoke to Roger and Rafa a few days ago and we had a conversation about the near future of tennis. How we can contribute to help lower-ranked guys who are obviously struggling the most,” Djokovic said during an Instagram live session with Stanislas Wawrinka.

“A majority of players ranked between 250 to 700 or 1,000 don’t have federation support or sponsors and are independent and left alone.

“Players hopefully will [also] contribute collectively to the relief fund that the ATP [and others] will distribute using models and criteria.

“You want to avoid giving money to a player who fits into this category (low ranking) but does not need the money compared to someone else…hopefully between $3-4.5m (£2.4m to £3.6m) will be distributed to lower-ranked players.

“If we don’t have any events [in 2020], maybe next year’s Australian Open prize money can be contributed to the fund.