Daniil Medvedev won the battle of the Russians to clinch a semi-final berth at the Australian Open with a straight sets 7-5 6-3 6-2 victory over his friend Andrey Rublev, extending his winning streak to 19 matches.

Rublev has now suffered four consecutive defeats to Medvedev, who remains unbeaten since October, solidifying his status as a serious contender in Melbourne in what would be his first grand slam title.

Fourth seed Medvedev had won all his previous matches against Rublev in straight sets and it was no different at a scorching Rod Laver Arena on Wednesday.

“Super tough, if you come to Australia and it’s 40 each day, it’s tough but you get used to it but we’ve had a couple of days when it was 20 degrees,” Medvedev said in an on-court interview, after receiving a massage on his left thigh following the win.

“We had some unbelievable rallies, I’m one of the first players to make Andrey so tired… It’s hard to play (a friend) but we’re all so competitive, just need to win, get to that Grand Slam semi-final. 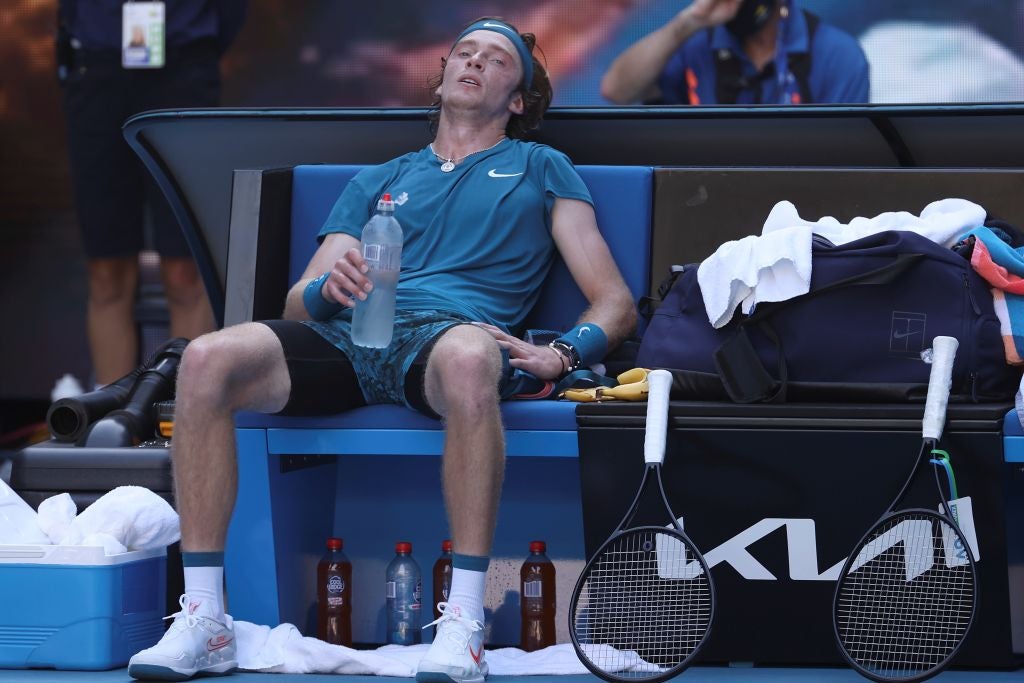 “That was one of my best matches … I beat him in three sets not even with a tiebreak so I’m really happy.”

ATP Finals winner Medvedev raised his game during the important points and sealed the contest with a forehand winner to set up a last-four meeting against either second-seeded Spaniard Rafa Nadal or fifth seed Stefanos Tsitsipas of Greece.

Russian qualifier Aslan Karatsev will meet world number one Novak Djokovic in the other semi-final on Thursday, with the prospect of an all-Russian men’s final looming on Sunday.

“It’s unbelievable, I’m so happy for Aslan, he’s made history. I don’t know what he did in the pandemic, probably just worked hard I guess,” Medvedev said of 114th-ranked Karatsev, who at 27 is in his debut Grand Slam main draw campaign.

“If we have an all-Russian final, it’s going to be a dream come true, but we both have tough matches. It’s so good for Russian tennis.”