Defending champion Daniil Medvedev continued his straightforward passage through the US Open draw to set up a fourth-round clash with Nick Kyrgios.

Medvedev, who won his first grand slam title in New York 12 months ago, is yet to drop a set and was a comfortable 6-4 6-2 6-2 winner over Wu Yibing, the first Chinese man to make the third round at the US Open.

The pair took to the court after the emotion and drama of Serena Williams’ farewell but Medvedev kept his focus and knows he will need to do the same on Sunday against Kyrgios. 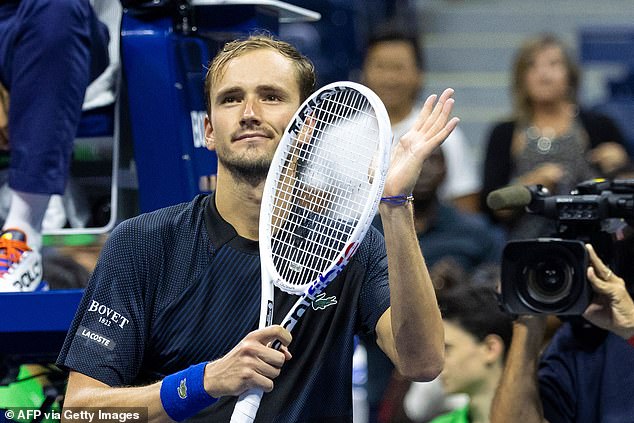 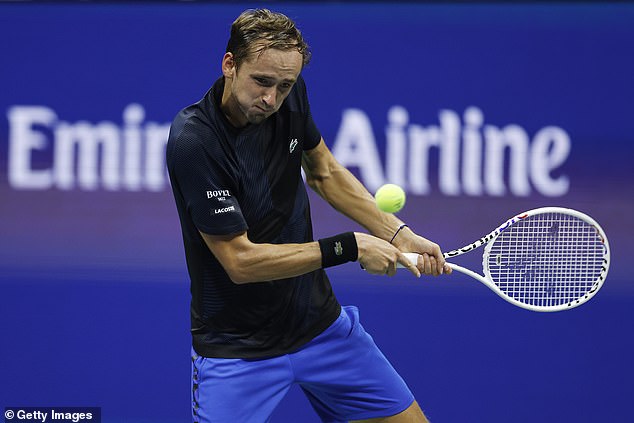 They have met four times before, including twice this season, with Medvedev winning at the Australian Open but Kyrgios turning the tables in Montreal last month.

Medvedev said: ‘We both kind of know what to expect right now. He managed to get the better of me there (Montreal) for sure, especially I would say in terms of clutch moments.

‘I kind of know what I have to do. Serve well, try to get to the tie-break, try to get opportunities on his serve. He also knows what he will do. He’s playing good so far. I watched his matches. Concentrated. Definitely I’m looking forward to it. Hopefully I can play my best game.’

The pair are two of the most mercurial characters on court, and Medvedev said of their relationship: ‘I don’t think we are friends. I feel like we respect each other a lot. 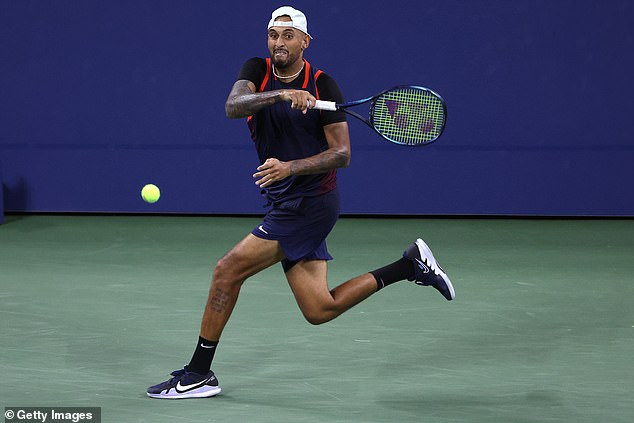 ‘On the court we never really had any fight or anything, which can change any moment. We are both quite electric. You never know what’s going to happen in the future.’

Kyrgios has maintained his form from Wimbledon and is through to the fourth round in New York for the first time following a 6-4 6-2 6-3 victory over American JJ Wolf.

He said: ‘Win or lose, I’m proud of how far I’ve come. I’ve worked hard to be in the fourth round of the US Open. I think that’s where every tennis player wants to be, playing the best players in the world in the best stadiums in the world, getting paid well. I’m looking forward to it.’ 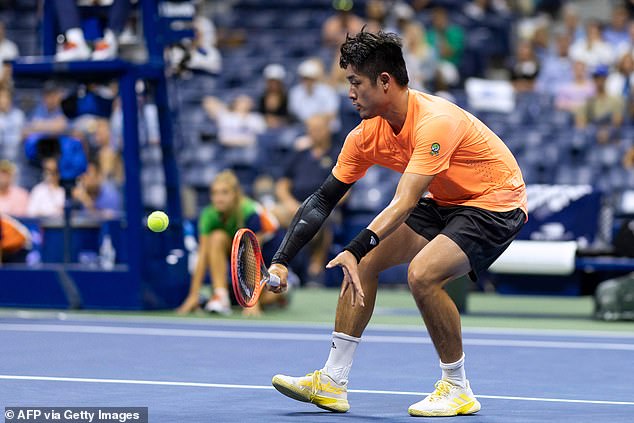