Goran Ivanisevic has shed light on what Novak Djokovic’s ninth Australian Open title really means to the man himself, as the Serb defied the odds to write more history in Melbourne. Djokovic has had to overcome a number of obstacles on his way to glory and this could well be his most significant triumph Down Under, as his coach paid testament to his elite mentality.

And it is the third year in a row that Djokovic has reigned supreme at Melbourne Park.

But that statement only tells half the story given the challenges Djokovic has had to face along the way.

Upon arrival in Australia, he caused a storm when he wrote to Tennis Australian chief Craig Tilley, requesting several changes to quarantine restrictions for participants. 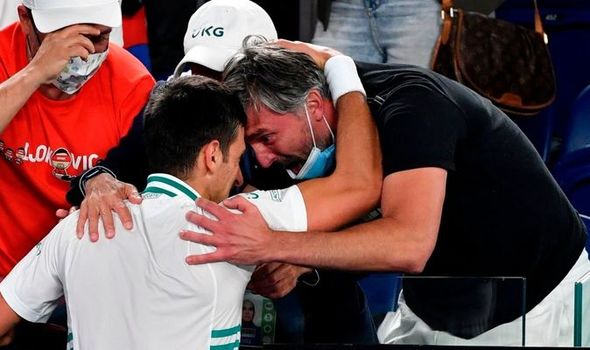 The comments did not go down well with the Australian public, as Djokovic received an almighty backlash before he defended the intentions behind the move.

In his third-round victory over Taylor Fitz, Djokovic suffered an abdominal muscle tear leaving his tournament hopes hanging by a thread amid fears he could pull out.

But the 33-year-old battled on through the pain barrier to edge Milos Raonic, Alexander Zverev, Aslan Karatsev and Medvedev to record another impressive title.

Now Ivanisevic has offered insight into what this really means to Djokovic, who has so often put on a brave face under the pressure.

He said: “Actually he needed this victory so badly. There is somebody upstairs who sees all this unfairness with a lot of media and people they doing to him.

“He is going through a lot of, you know, especially after last year, US Open, then pretty poor final of Roland Garros, and it is not easy.

“Coming here, he spent 42 days quarantined. Again, he tried to help the players. Again, he’s only him. It’s his fault, like everybody else attacking to him. Nobody else to attack, so let’s attack Novak.”

Ivanisevic still cannot believe Djokovic battled on through his injury, which nearly ended his stay early. 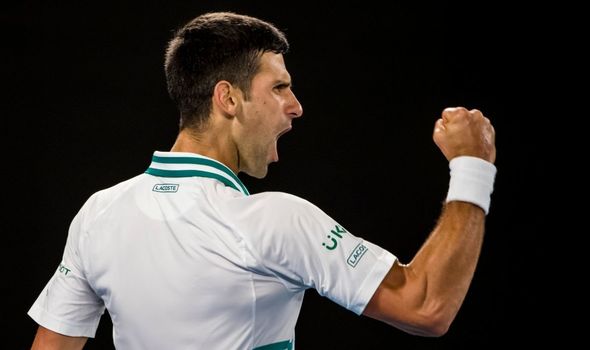 He added: “Then this injury happened out of nowhere. Unbelievable. To be honest, I can’t believe that I’m sitting here today talking to you as a member of the team of the guy who won number nine Australian Open.

“Even with that injury, they questioned the injury. You know, he took an MRI after Fritz match. The doctor said what he has. They gave him the choices.

“The key match for me was one with Raonic, and after with Zverev. After that was better and better. Today was just a masterpiece. He never lost on this court. Unbelievable, unbelievable performance.”