Alex De Minaur added a second Brit to his list of scalps as he defeated Liam Broady in straight sets. The athletic Aussie simply proved too strong for the wildcard from Stockport as he sailed into the fourth round.

De Minaur, seeded 19th, wrapped up a 6-3 6-4 7-5 victory as he followed up his defeat of promising youngster Jack Draper by sending the plucky left-hander packing.

Broady was eyeing passage to the second week in a Grand Slam for the first time in his career after a magnificent fightback against Diego Schwartzman in the Second Round.

But although he gave a good account of himself, he simply could not come up with the answers to better his opponent.

De Minaur – nicknamed ‘Demon’ by his friends – was just too athletic and his constant running and ability to return from the most impossible positions flummoxed his opponent.

It drove Broady into a string of unforced errors as he tried to find the 23-year-old’s Achilles’ heel. 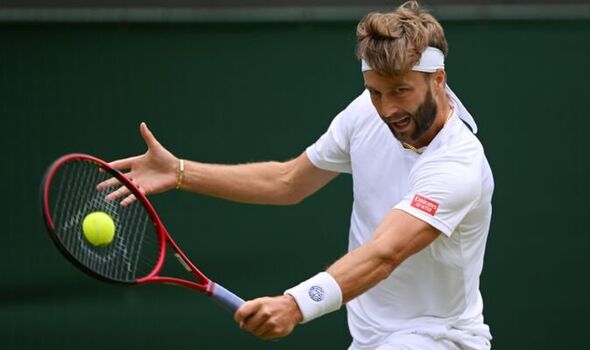 But he was broken on his third service game in the first set and went the same way in the next two – surrendering his advantage in the first game of the third – and was playing catch-up as he battled desperately to turn the tide.

Eventually, Broady broke back in the tenth game of the third set. But was unable to hold and his opponent saw out the victory on the fourth matchpoint

De Minaur’s triumph would have been welcomed by one Brit, however.

The Aussie’s girlfriend – British No. 3 Katie Boulter – would have been pleased at his progression despite her limp exit to Harmony Tan on Court 2 earlier. 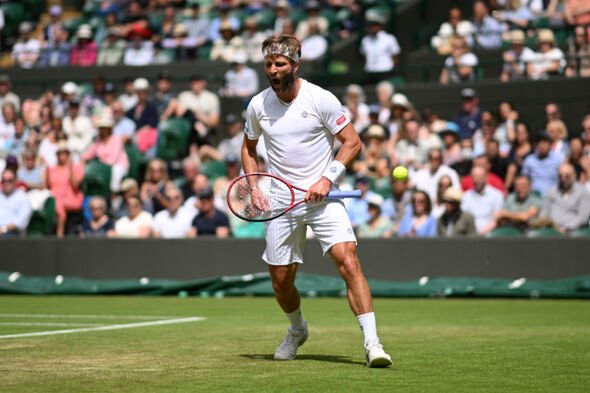