The brute force of Naomi Osaka crushed the artistry of Hsieh Su-wei as the Japanese former champion charged into the Australian Open semi-finals with a 6-2 6-2 win on Tuesday.

On a warm and muggy day at Rod Laver Arena, Osaka attacked Hsieh’s weak serve with gusto and the Taiwanese giantkiller quickly wilted under the pressure of her Grand Slam quarter-final debut.

Osaka had a torrid time in her last Australian Open clash with Hsieh in 2019, having to come back from a set and a break down on the way to claiming the championship.

So the Japanese third seed was thrilled with her form against the Taiwanese maverick in a 66-minute clinic.

“Really happy with how I played today. Every time I play her it’s a real battle and, despite the score, this was again a real battle today.”

Osaka‘s reward will be a semi-final against either Serena Williams or Simona Halep, the pair having a rematch of the 2019 Wimbledon final in the evening session at Rod Laver Arena.

“I always watch Serena’s matches, anyway,” said Osaka, who has never failed to win a Grand Slam after making the quarter-finals.

“Definitely going to be real fun.” 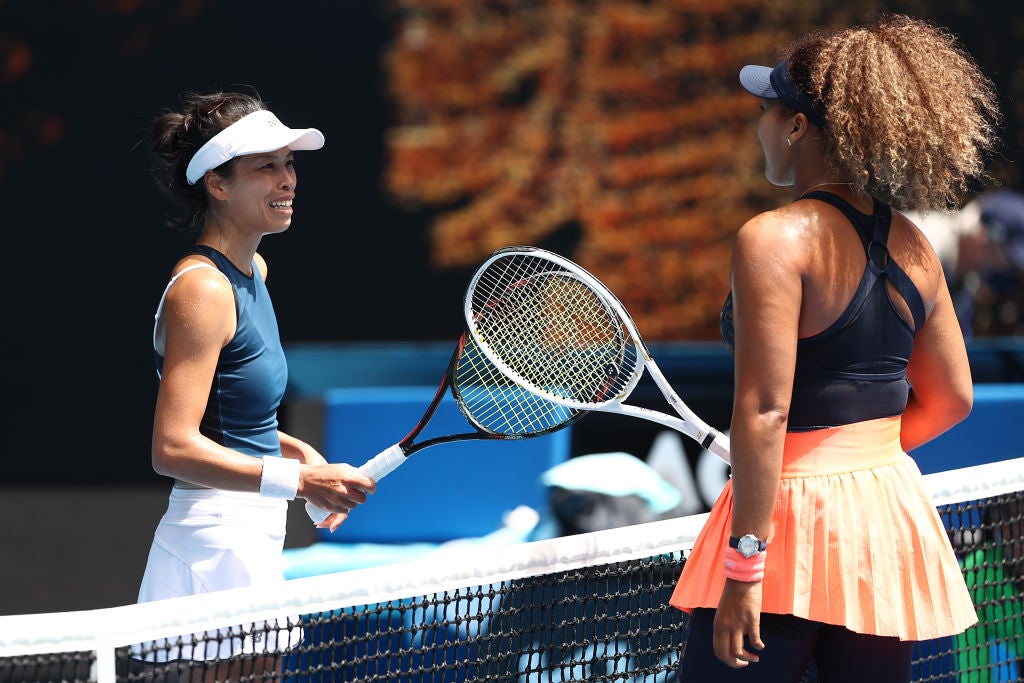 Hsieh, 35, bowed out after a stellar tournament, having become the oldest women’s player to debut in a Grand Slam quarter-final in the professional era.

The improbable angles conjured by her double-handed, double-sided game had Osaka in some trouble early, but Hsieh was unable to convert any of the three break points she raised in the opening games of the first set.

Osaka quashed the first of them in the opening game with an ace down the ‘T’ before smashing Hsieh’s defences with a blazing backhand down the line to break to 3-1.

After holding on grimly through a 14-point game to hold serve, Osaka raised the pressure when Hsieh served to stay in the set at 5-2 and sealed it when the Taiwanese slapped a limp backhand wide.

Hsieh was soon in a tailspin, pounding a backhand well over the line to be broken to 2-0 as an emboldened Osaka raced to the finish.

While Osaka has suffered some major wobbles in the past, there was no hint of frustration from her despite Hsieh saving two match points. She bided her time to claim the win on the third when an overwhelmed Hsieh floated a sliced backhand long.

“I would say it makes me a bit more calm, realising that even when my back was against the wall, I still had chances,” said Osaka, who saved two match points in a cliffhanger against Garbine Muguruza in her previous match.

“Even today when I had two match points and she saved them … I was a bit more calm.”