Nick Kygrios has confirmed he won’t be playing at the US Open this year, while criticising Novak Djokovic and other tennis players for their actions during the coronavirus pandemic. Kygrios released an emotional video statement on Saturday night announcing his decision

Kyrgios has become the latest player to pull out of the tournament, after women’s world number one Ash Barty confirmed she wouldn’t be competing.

This year’s tournament will be significantly impacted by the pandemic, and will feature no fans in attendance.

Coronavirus cases across America are still rising – so far there have been 4.7million confirmed cases.

But regardless, the tournament will still be held from August 31 to September 13 at the USTA Billie Jean King National Tennis Center in New York. 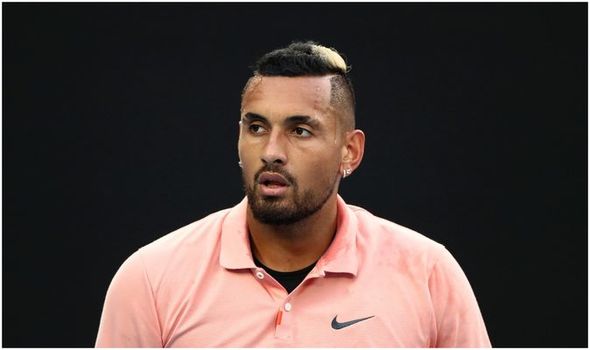 In his statement, Kyrgios expressed his sympathy for the maintenance staff members at the tournament, and insisted he didn’t have any problem with the tournament taking place.

But he was heavily critical of players not taking the virus seriously enough, and appeared to fire a few verbal jabs at Novak Djokovic for continuing to downplay the virus.

Djokovic, who opposes vaccinations, tested positive for Covid-19 after taking part in the Adria Tour, a series of charity exhibition games.

He was spotted with other tennis pros out partying and dancing on tables in nightclubs, and was heavily criticised by the tennis community.

And in Kyrgios’ statement, he appeared to further criticise the world number one.

He said: “Dear tennis, let’s take a breath here and remember what’s important, which is health and safety as a community. We can rebuild our sport and the economy, but we can never recover lives lost.

“I’ve got no problem with the USTA putting on the US Open, and if players want to go, that’s up to them. So long as everyone acts safely and acts appropriately.

“Nobody wants people to keep their jobs more than me. I’m speaking for the guy who works in the restaurant, the cleaners, the locker room attendants. These are the people that need their jobs back the most, and fair play to them.

“But tennis players, you have to act in the interests of each pother and act together. 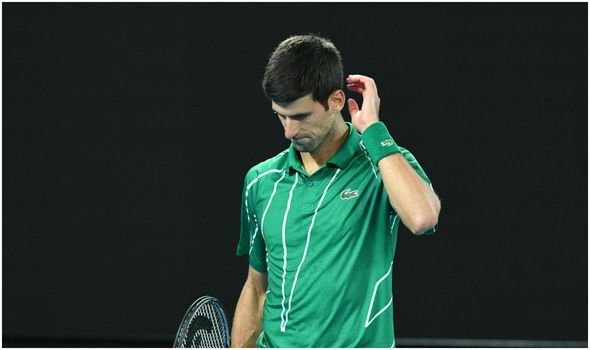 “You can’t be dancing on tables, money grabbing your way around Europe or trying to make a quick buck by hosting an exhibition. That’s so selfish.

“Think of the other people for once, that’s what this virus is about. It doesn’t care about your world ranking, or how much money you have. Act responsibly.

“To those players who have been observing the rules and acting selflessly, I say good luck to you. Play at your own risk, and I have no problem with that.

“I will not be playing this year at the US Open. It hurts me at my core not to be out there, competing at one of the sport’s greatest arenas, Arthur Ashe Stadium, but I’m sitting out for the people, for my Aussies, for the hundreds of thousands of Americans who have lost their lives; for all of you, it’s my decision, like it or not, and those are my reasons.”