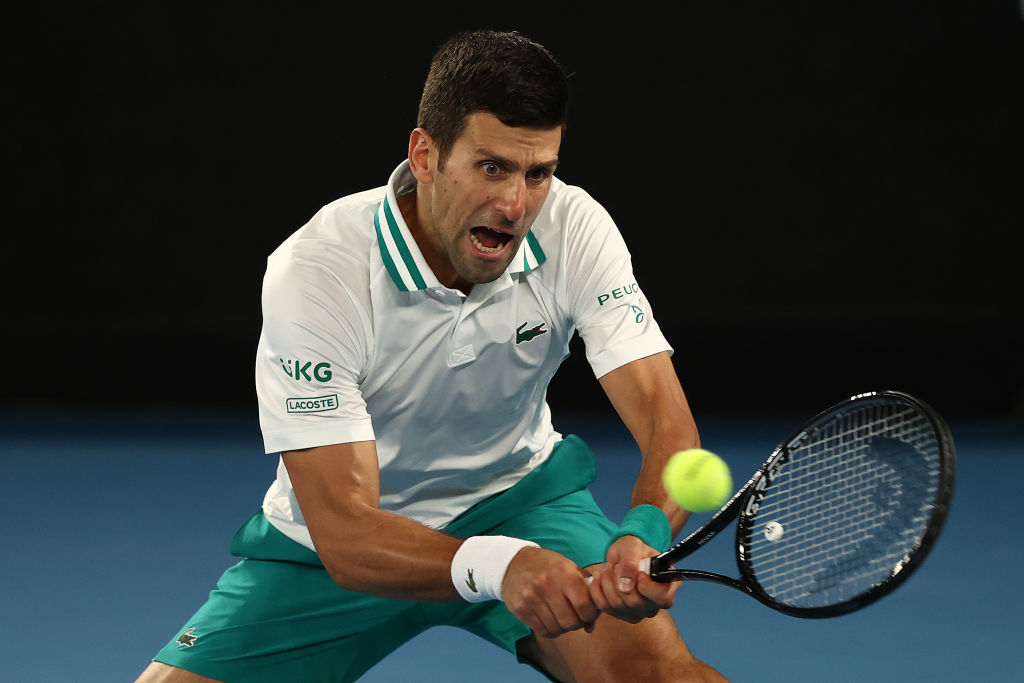 Novak Djokovic could be banned from re-entering Australia for up to three years after his visa was rejected.

The world No.1 is now at the centre of a legal battle to stay in the country and is facing the prospect of being deported after he was detained at Melbourne Airport on Wednesday night.

Djokovic, who has refused to confirm whether he has received a coronavirus vaccination, claimed he had been granted a medical exemption in order to compete at the Australian Open.

But upon arriving in Melbourne on a flight from Dubai, the Australian Border Force claim that Djokovic ‘failed to provide appropriate evidence to meet the entry requirements’.

Djokovic is now spending the weekend in a detention hotel after his court hearing was adjourned until 10am Monday local time.

If Djokovic loses his case and is deported, Professor of Public Law at University of Sydney, Mary Crock, claims the 34-year-old could be excluded from re-entering Australia for the next three years.

‘He’ll stay there until either he is granted a visa or removed from the country, and that will depend on the application he makes to the Federal Court,’ Professor Crock told NCA NewsWire.

‘His visa will have been cancelled either on the basis that he didn’t meet the entry requirements, or he made some false statement.

‘He doesn’t have the right to appeal on the merits of anything – he can’t say ‘I’m the best tennis player, let me in’.

‘He has to show the cancellation of his visa was done in a legal error.

‘There’s a lot of politics playing both ways with this.

‘The law on this is very weighted in favour of the government of the day.

‘Conversely, if you apply for the wrong visa, the discretion to be granted another visa at the point of entry is very limited.

‘And if a visa has been cancelled, the consequences of that are very long term – both for Australia and any other country he enters, because you are always asked ‘have you been deported or excluded?’.

‘If he’s deported from Australia, there’s a potential he could be excluded for three years.’