Novak Djokovic’s fans were ejected from the French Open and told to ‘respect the players’ with the Serb winning two sets to one against Matteo Berrettini at Roland Garros.

The 5,000 fans dispersed out of the Philippe-Chatrier venue early in the fourth set due to the curfew in Paris, which is 11pm local time.

Djokovic was two sets up against Berrettini after cruising through the opening stages of the match. Fans inside centre court were told that they would need to leave upon the end of the third set, but it was Berrettini who was victorious to take Djokovic to a fourth set.

A thrilling tiebreaker was won by the world no. 9 after he appeared to be heading towards a straight-sets defeat.

Fans were so entertained that they initially refused to leave. Some boos could be heard from those in attendance.

A few attendees had already dispersed ahead of the official outpouring.

A tannoy announcement at Roland Garros was made close to 11pm local time saying that fans should begin to leave.

It was met by whistles and jeers, with some refusing to depart.

Djokovic and Berrettini were taken off the court to allow the crowd to leave. 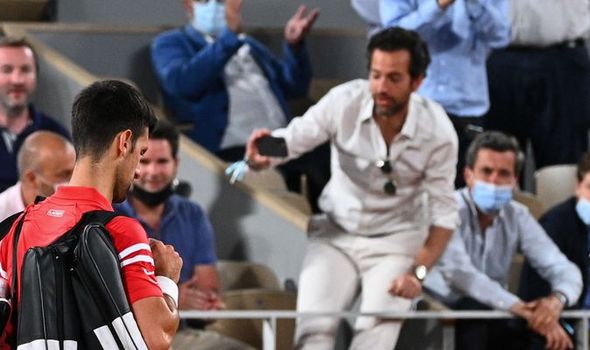