World number one Novak Djokovic has claimed that he is hopeful of another Australian Open victory in his quarter-final clash with Alexander Zverev if the condition of his troublesome injury improves. The 33-year-old defeated Milos Raonic in Sunday’s fourth round clash to set up a meeting with Zverev for a place in the competition’s last four.

Djokovic picked up the problem during his win over American Taylor Fritz on Friday, with the Serb forced to take a medical timeout midway through the encounter.

He played through the pain to clinch victory and repeated the feat against Raonic, taking the spoils despite being pegged back after the big-serving Canadian won the second set.

After the match, Djokovic revealed that he is looking forward to facing Zverev, suggesting that he is confident of his chances.

However, he stressed that his injury will need to at least partially subside by the time the pair face off on Tuesday if he is to perform at his best. 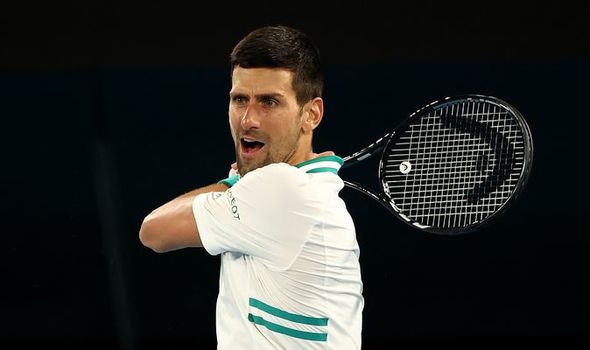 “As I said, I have to accept the circumstances and the condition that I’m in at the moment,” Djokovic told reporters.

“And I understand that I will have to, at least it was the case in the previous match and today, that I’ll have to probably adjust the game itself and how I position myself on the court, depending on my opponent.

“Obviously playing against Sascha is a different matchup, there’s probably going to be more rallies, gruelling rallies, you know, exhausting, and it’s going to be demanding from my side really from back of the court.

“He moves very well for his height, his size, but he’s also one of the best servers we’ve got in the game. He’s a very complete, all-around player. 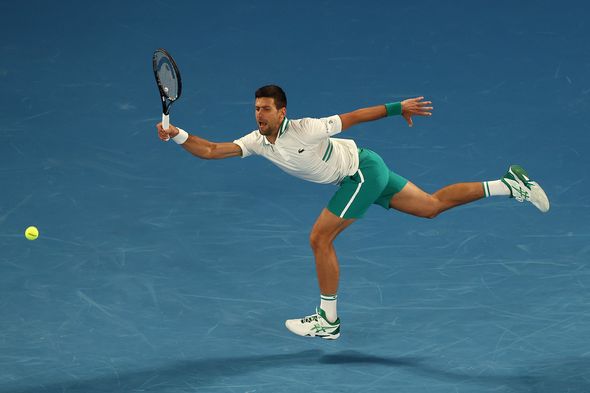 “As I said, you know, it’s in really God’s hands where my condition goes from today to the first point against Sascha.

“I’m just hoping that it’s going to go in the right direction, that I didn’t damage it, whatever is happening in there, too much and kind of feel even 10 per cent better than I did today.

“And if that’s the case, you know, I like my chances. For sure, we had tough one in the ATP Cup prior to Australian Open, very close match.”

Djokovic and Zverev have met in the court on seven previous occasions, with the Serb winning no less than five of their past meetings. 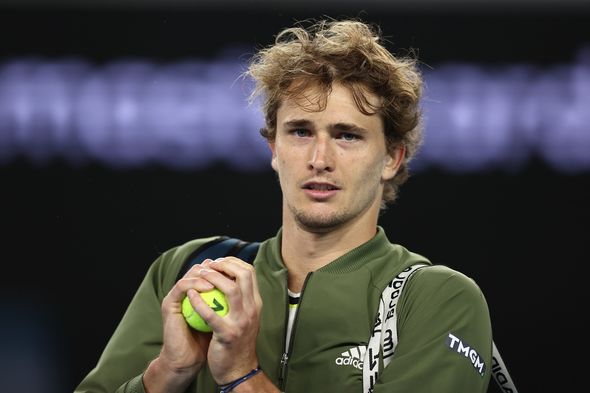 Zverev managed to progress to his fifth Grand Slam quarter final with a hard-fought victory over Dusan Lajovic earlier on Sunday, downing Djokovic’s compatriot in two hours and 21 minutes.

The German admitted after the tie that he was not given an easy ride, claiming that the contest could have been won by either man.

“Today was a pretty good match, much colder than the other days,” said Zverev. “I’m very happy with a win and it could have gone either way early on. It wasn’t easy.”