Novak Djokovic edged a back-and-forth epic against Stefanos Tsitsipas to book his place in Saturday evening’s Italian Open semi-finals, then warned his next opponent that he still has plenty of gas left in the tank.

Djokovic defeated Tsitsipas after their rain-affected quarter-final was extended across two days due to torrential rain in Rome.

And, after coming from a set and a break down on Friday night, the world number one showed his class as he mounted a stirring fightback to punch his ticket to the last four of the tournament.

Speaking after his epic, rain-affected quarter-final victory, Djokovic said, “There are many things to say about today and yesterdays match, it kind of feels like we played two matches.

“The one yesterday he was a better player. He started also better today. 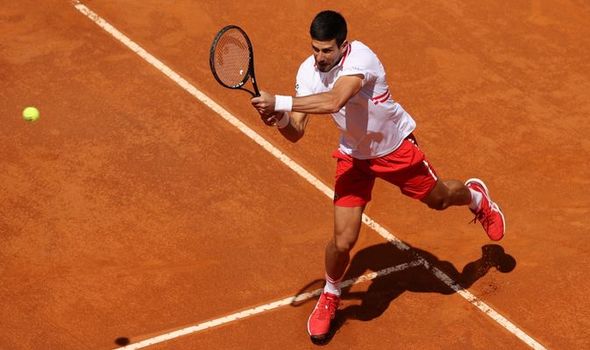 “I managed to hold my nerve and break his serve better in important moments, and also in the second set.

“The support of the crowd was amazing, it was great to play in front of a crowd and it was a fantastic atmosphere.

“It was a bit of luck and mental strength and right tactics at the right time.

“One shot really decided the winner today. I am just glad to be on the winning side.”

Djokovic was in big trouble on Friday as he lost the first set 6-4 and went a break down in the second.

But a timely suspension of play due to heavy rain in Rome proved crucial, as Tsitsipas’ momentum was halted at a vital time in the match.

It also gave Djokovic the opportunity to regroup, and he came back on Saturday to fight his way back into contention as he took the second set 7-5.

Then, in a back-and-forth deciding set, it was Djokovic who prevailed as he called upon his years of big match experience to hold serve when it counted and break Tsitsipas at crucial moments to eventually win the third set 7-5 and take the victory.

“I had to dig very deep, until the last shot I didn’t know if I was going to win,” he admitted.

“I believed that I can and let God decide who takes the win.

“He is playing well and is playing very well; winning Monte Carlo and coming off the back of finals in Barcelona.

“He started well and was the better player yesterday. 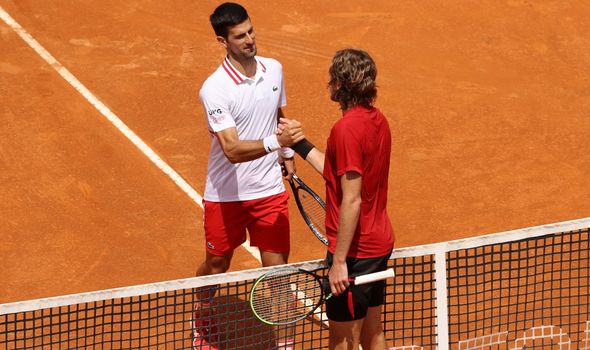 “It was completely different conditions yesterday, today the ball was bouncing more and coming towards you on the court. Yesterday was really slow and muddy.

“It is probably the toughest match of the day so far for me.”

Now Djokovic has to summon up the energy to compete in a semi-final in the same day as he takes on Lorenzo Sonego, who booked his place in the semis with a comeback win of his own.

But, despite winning his way through a gruelling quarter-final clash And Djokovic knows that he will have to rediscover the same fire and determination to battle past Sonego later tonight.

And he gave an ominous warning to Sonego that he is fit and ready to take to the court for the third time in 24 hours.

“I haven’t played too many matches this year so I don’t feel too exhausted, to be honest.

“Let’s see how I feel later on on the court. I am just pumped to get another win today.”