Novak Djokovic has no intention of meeting up with Nick Kyrgios to end their war of words at the Australian Open. The world No 1 claims his rival is just looking for “attention” with his recent remarks.

Kyrgios called Djokovic a “tool” prior to the Australian Open because the 17-time Grand Slam champion wrote a letter complaining about his fellow players’ quarantine situation.

The Serbian responded with: “Off the court, I don’t have much respect for [Kyrgios], to be honest. That’s where I’ll close it.

“I really don’t have any further comments for him, his own comments for me, or anything else he’s trying to do.”

Kyrgios has been one of the shining figures over the last 12 months as he spent his free time helping those in need.

“It’s a strange one for me, because, you know, I read his comments, he said he doesn’t respect me off the court,” Kyrgios responded after his first round win over Federico Silva.

MUST READ: Monfils breaks down in tears at Australian Open press conference 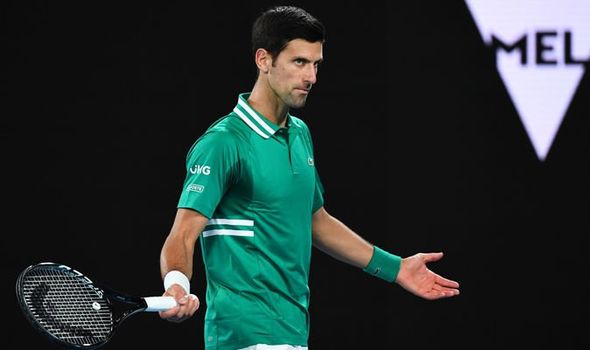 “I’m, like, it actually would make complete sense to me if he was like, ‘Look, I don’t respect the guy on the court’, because I understand if he doesn’t agree with some of my antics on the court that I have done in the past.

“And when we’ve played matches I think I’ve actually been pretty good towards him.

“But I’m not quite sure how he can’t respect me off the court. I feel like I’ve gone about things extremely well, especially during the pandemic I was – I mean, driving around delivering food to people during the pandemic that didn’t or couldn’t get the supplies.

“I was extremely careful about what I was doing. I didn’t want to spread the virus to anyone.

“Now I’m actually trying to donate meal kits to people that need food. I have my foundation.

“But, yeah, he’s a very strange cat, Novak is. Heck of a tennis player, but unfortunately someone that’s partying with his shirt off during a global pandemic, I don’t know if I can take any slack from that man. That’s as bad as it gets for me.”

Djokovic said “no” when asked if he would like to respond to Kyrgios’ dig. 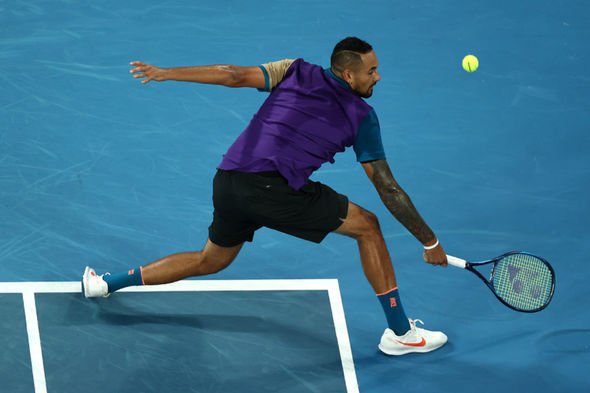 Serbian media then suggested to him that he should meet the Australian to clear he air, and Djokovic added: “I really don’t want to comment on that too much because that is what he is looking for: some kind of debate, attention, who knows, but I am not going to give it to him because he does not deserve it. That is it.

“I do not feel the need nor do I feel we should sit and talk, I have absolutely no interest in the guy.”