20-time Grand Slam winner Roger Federer has been out of action since last year’s Australian Open, and won’t be participating this year in Melbourne. However, it appears the Swiss legend already has his sights set on another challenge anyway.

Tennis legend Roger Federer could well make his Ireland debut in a charity event after reaching out to an amateur player who challenged him on social media.

Federer has achieved practically everything these is to possibly accomplish in tennis, and is one of the most loved players of the sport’s community.

The Swiss is currently out of action though, and won’t be competing at the upcoming Australian Open.

However, it seems Federer has his eye set on a slightly different challenge judging by his latest social media activity. 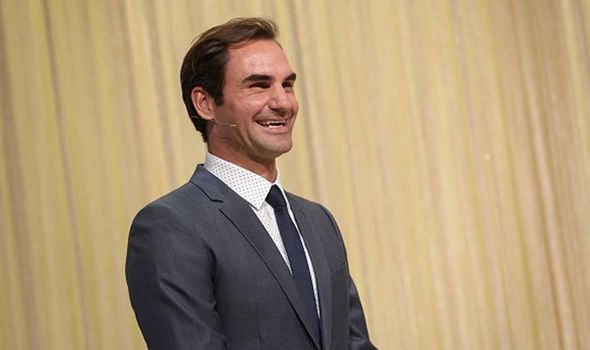 Two students from Dublin City University, Jamie and Ollie, have hit the jackpot after one of them compared themselves to Federer on Instagram while playing against a friend on a worn down concrete court.

Incredibly, the 39-year-old replied to the story they had tagged him in, writing in their DM’s: “Great skills. Would love to come and play you guys after the lockdown.”

The exchange didn’t end there though, with the student posting another story practicing and tagging Federer, before sending him a voice message where they said it would be a “dream come true” if he flew to Ireland to face them. 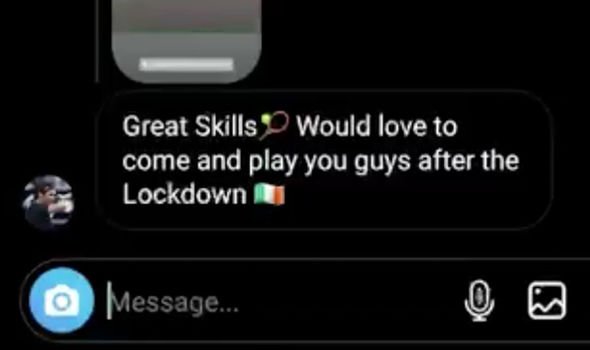 And this is where things became a little more surreal, as Federer replied with a voice message of his own, suggesting they face off in aid of his charity, the Roger Federer Foundation.

He said: “Hey guys, what’s going on. I loved the video, thought it was great.

“The tennis was looking good, maybe a little bit of work needed with the footwork.

“We should do something with my charity. Send your email to my agent and we will sort something out.”

Before that though, Federer has revealed that he plans to return at Doha’s Qatar Open in March when he expects to be fit from double knee surgeries in 2020.

“I want to celebrate great victories again and for that I’m ready to go the long, hard road,” he told Swiss broadcaster SRF.

“I’ve been thinking about when and where to come back for a long time,” Federer said.

“I wanted to make my comeback at a smaller tournament so that I wasn’t fully in focus and where the stress is also a little less.”