World No. 1 Ash Barty OUT of the French Open after retiring with injury 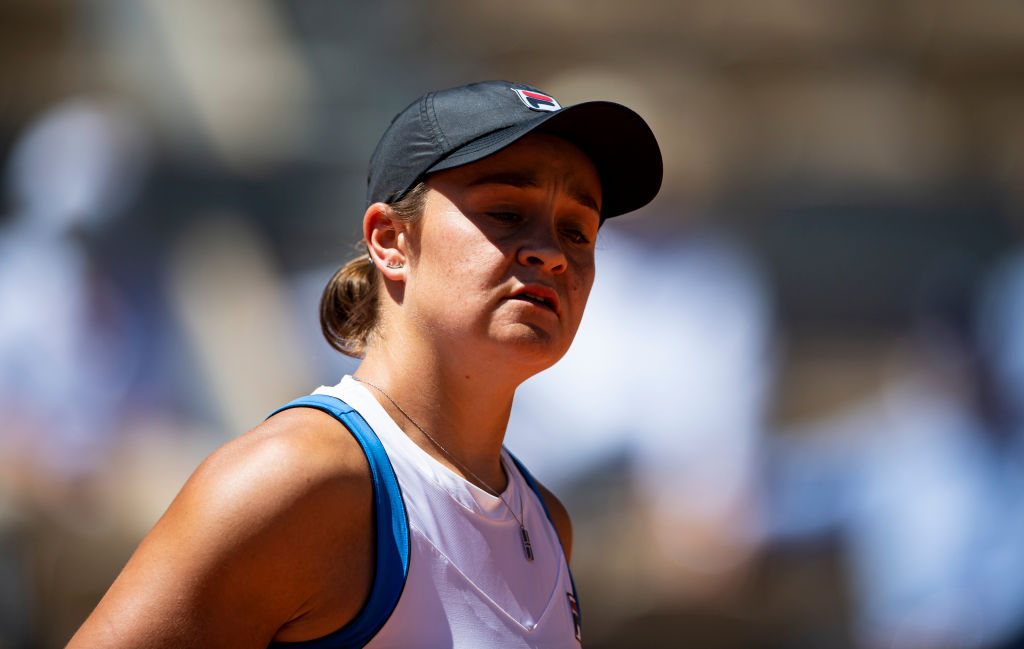 World No. 1 Ash Barty became the biggest casualty of the French Open so far after retiring in her second round match against Poland’s Magda Linette.

The clearly hampered Australian was struggling with her movement, with heavy strapping on her thigh, and she threw in the towel early in the second set.

Barty, who won the French Open in 2019, had fallen down 6-1 in the first and despite a lengthy medical timeout at the end of the set, decided she couldn’t take any more pain at 2-2 in the second.

Linette handled the situation well amid her opponent’s injury struggles and advances to the third round.

Barty had admitted before the match that she was struggling with a left hip issue.

‘I mean, it’s going to be a little bit tough this week,’ she said after the first round. ‘I think over the weekend we had a bit of a flare-up through my left hip.

She added: ‘I’m not going to hide behind the fact I’m not quite 100% but I can guarantee that I will go out there with the right attitude every day and be really accepting of that and give it a crack no matter what.

‘I think it’s a week, it’s going to be tough now without a doubt. I’m excited to be here, excited to play and have another opportunity to be playing in a Grand Slam.’

The women’s draw is now without its top-two seeds.

The highest seed left in the draw is Belarus’s Aryna Sabalenka, who is yet to go beyond the fourth round of a Grand Slam.

Fourth seed Sofia Kenin, and last year’s runner-up, advanced to round three on Thursday with a straight sets win over Hailey Baptiste.

Despite the rankings, Iga Swiatek, the eighth seed and defending champion from Poland, remains the tournament favourite.

Serena Williams, in a bottom half heavily vacated by seeds, will surely fancy her chances, however.